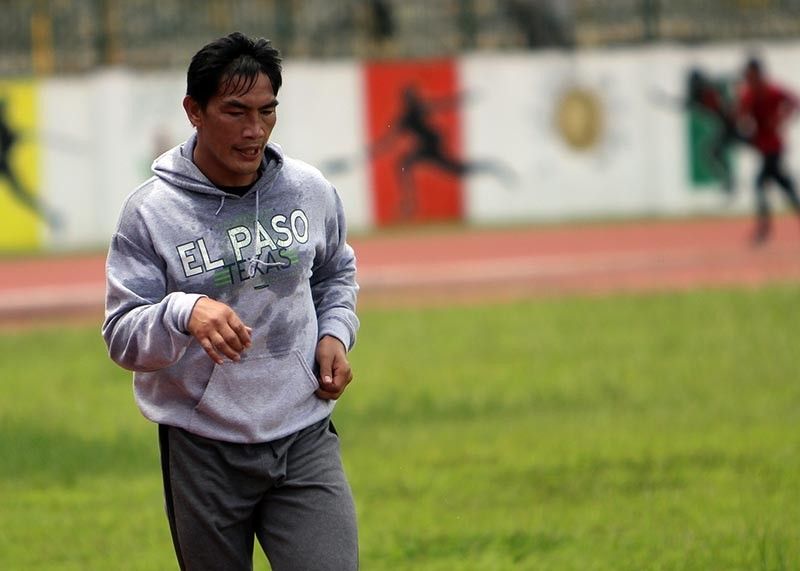 BAGUIO. Even without a scheduled fight, Eduard Folayang holds a regular road run workout. Folayang was earlier called to replace Eddie Alvarez, the One Championship lightweight world grand prix championship final, after getting injured but the Team Lakay fighter's visa will not be approved in time for the event. (Roderick Osis)

EDUARD Folayang almost made it to the One Championship lightweight world grand prix championship final.

The former ONE lightweight world champion earlier agreed to step up in the grand prix after his tormentor, Eddie Alvarez, pulled out due to injury.

However, Folayang's shot at redemption on October 12 after his visa will not be approved in time for the event, which will feature multiple world title bouts including the highly anticipated fourth face-off between reigning bantamweight world champion Bibiano Fernandes and Kevin Belingon.

Chatri Sityodtong, chairman and CEO of ONE Championship, stated Alvarez has been forced to pull out of his scheduled bout against Saygid Guseyn Arslanaliev at ONE: CENTURY due to injury.

"I know Eddie is a true warrior and would have loved to compete under any circumstance, but training injuries are part of the game. I wish Eddie a complete recovery, and I know he will be back better than ever."

Sityodtong added Folayang agreed to step up on short notice, but visa issues made it impossible.

Lee's title, however, will not be on the line but the Singaporean stated: "A true champion should be ready to fight anyone at any time."

Lee recently made headlines when he knocked out Japanese legend Shinya Aoki at ONE: Enter the Dragon to capture the lightweight title.

At 21 years old, Lee is the youngest male mixed martial arts world champion from a major organization owning a professional record of 12-3, with all 12 of his victories coming by way of spectacular finish.

Arslanaliev, on the other hand, is an impressive 8-1 so far in his professional career, with all eight of his victories also ending within the distance and is currently riding a four-bout win streak, defeating top lightweights Ev Ting and Amir Khan to reach the ONE lightweight world grand prix championship final.

ONE: Century takes place live from the Ryogoku Kokugikan in Tokyo, Japan on Sunday, October 13, and is the single greatest world championship martial arts event in the last 100 years.