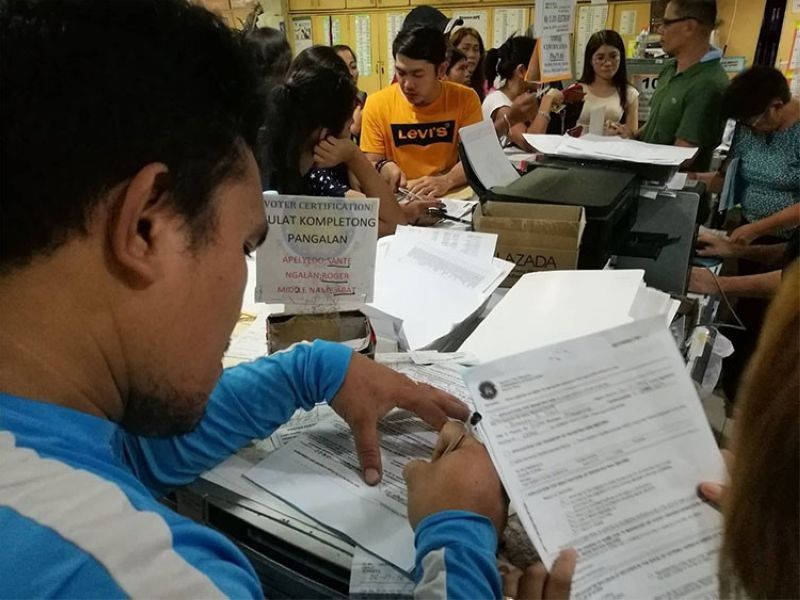 CEBU City has 40,767 newly registered voters, according to an elections official.

At the Police Regional Office (PRO) 7, the police officers who failed to register face the risk of being charged with administrative complaints.

PRO 7 Director Debold Sinas said Camp Crame had ordered its unregistered personnel to apply at the Commission on Elections (Comelec). He had the instruction delivered to more than 10,000 personnel of the PRO 7 and its lower units.

He said he will ask the Comelec next week for the number of PRO 7 personnel who registered. Last week, the Comelec Central Visayas office held a special registration for police officers.

Sinas said several PRO 7 personnel failed to vote during the Comelec’s absentee voting ahead of the May 13, 2019 midterm elections. Only over 1,000 police officers and non-uniformed personnel voted at the time.

“We always inform our people to exercise their right to vote. If they won’t, their votes would be a waste,” Sinas said in a mix of Cebuano and English.

As there is pending legislation in Congress to postpone the May 11, 2020 Barangay and Sangguniang Kabataan Elections to another date, Sarno said the Cebu City Comelec offices would wait for further instructions from the Comelec central office.

The two-month voters’ registration was a challenge for Sarno as the Comelec’s Cebu City north district office has a small space, prompting him to open an off-site registration at Robinsons Galleria Cebu in the remaining days of the registration.

However, the registered voters will still be reviewed by an electoral board. The board will look at the identity and the number of months of residency of the registrants, according to Sarno. (JJL, AYB, KAL)