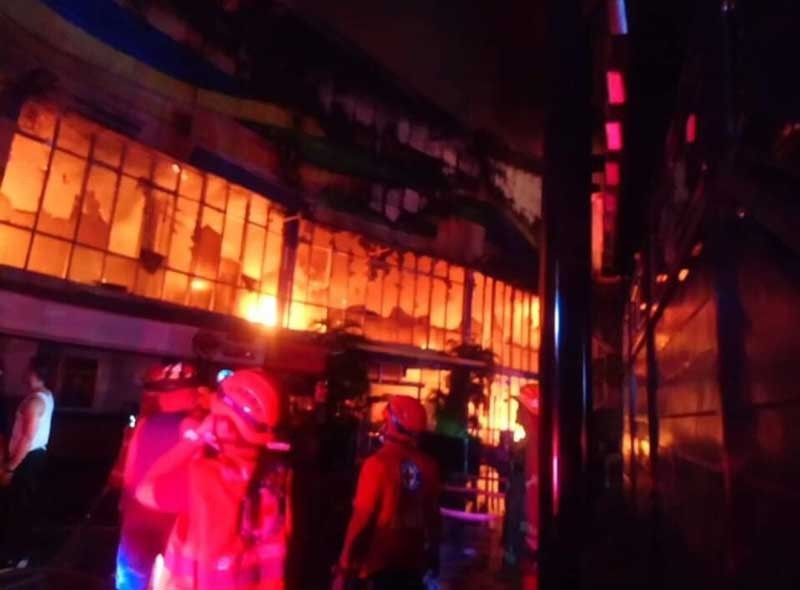 NO STAR City this coming Christmas season, and until October 2020.

Pasay City Fire Marshal Paul Pili said the fire started at around 12:22 a.m. in the stockroom which contained stuffed toys and other prizes for the games.

It immediately spread to other facilities and rides. The only rides which were spared from the fire were those outside such as the ferris wheel and roller coaster.

The blaze also gutted the building of Manila Broadcasting Company (MBC), a sister firm, which houses FM stations Love Radio, Yes the Best and Easy Rock as well as AM station DZRH.

The incident reached Task Force Bravo and firetrucks from nearby areas were also called to respond.

No casualties was recorded.

In a statement, the MBC management said that they are closely coordinating with authorities to determine the cause of the fire.

“Despite the catastrophe, MBC FM stations Love Radio, Yes the Best, and Easy Rock will continue regular broadcasting operations while DZRH is expected to go back on air within 48 hours or less,” the company said.

“Star City, which was hardest hit by the fire, will be closed through the Christmas season,” it added.

Posted by Yes The Best Manila on Tuesday, October 1, 2019

"We're targeting reopening about October next year. It's necessary because the importation of rides takes time and the setup of the park also," he said.

Pili said they were looking at the possibility of arson after its owners showed them a social media post saying, “Star City will die.”

He said responders were also wondering why fire engulfed different parts of the Star City almost at the same time.

Pili said they were not discounting the possibility that the fire was caused by faulty wiring. (SunStar Philippines)
< Previous PageNext Page >