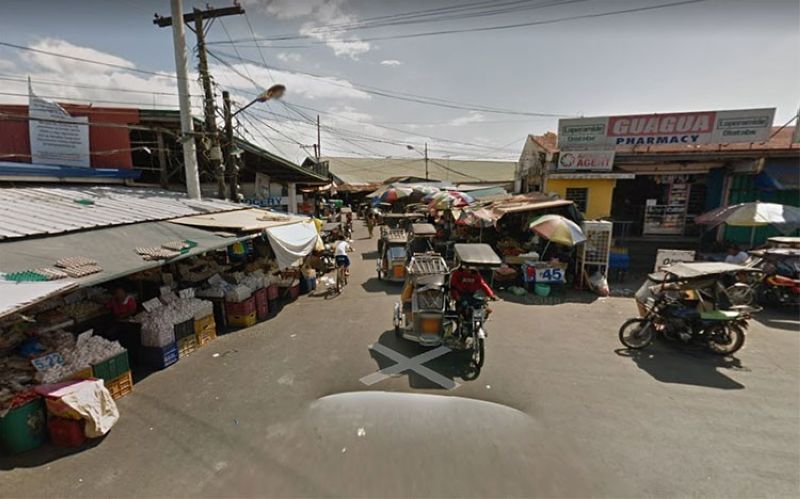 SOME 300 kilos of assorted meat worth almost P400,000 were confiscated by National Meat Inspection Service (NMIS)-Central Luzon personnel from various stalls inside the Guagua Public Market during a surprise inspection Tuesday, October 1.

NMIS personnel swooped down on various stalls as they confiscated pork, beef and chicken meat from stalls that were unable to show permits and inspection certificates.

The NMIS said the confiscated meat products did not undergo proper slaughterhouse procedures and lack necessary permits and inspection certificates.

The NMIS confiscated 170 kilos of beef, 130 kilos of chicken and some 43 kilos of pork. The confiscated meat were immediately disposed in a pit near the Guagua slaughterhouse.

NMIS personnel said they will be undertaking more surprise inspections in the coming weeks.

Mayor Dante Torres said the town will be drumming up more effort to require stall owners to comply with necessary procedures or face fines and possible charges.

Torres said he instructed health officials to inspect other small markets in the town to ensure that all meat sold undergo proper inspection.

Torres said he had directed all meat vendors to source their meat and avail themselves of the services of the new accredited slaughterhouse in Barangay San Rafael.

"We are happy to announce that our new slaughterhouse in Barangay San Rafael is already in full utilization," he said.

The Department of Environment and Natural Resources earlier ordered the closure of the old slaughterhouse for violation of environment laws.

Torres said he already lifted an order to confiscate all pork products that will not pass through the accredited slaughterhouses of the municipality.

Governor Dennis Pineda earlier ordered the monitoring of all livestock farms in Pampanga, as well as an overall inventory of the current backyard hog populations in the province.

Pineda has banned the entry of all live pigs into the province to protect the multi-million-peso hog industry and meat processors from the threat of the African Swine Fever (ASF) and to safeguard public health.

Pineda imposed the ban through Executive Order 34 that he signed on September 13. He issued the prohibition although there has been no ASF outbreak in the province.