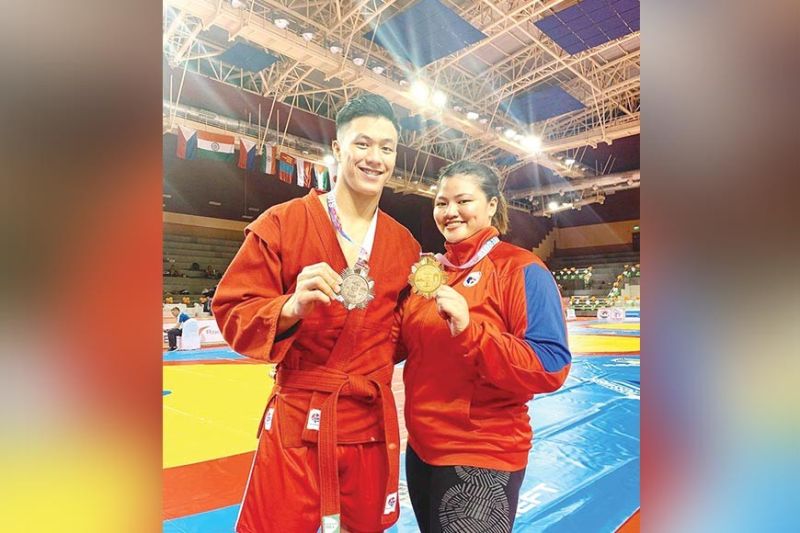 THE Tancontian siblings Sydney and Chino of Davao City, who after winning gold and bronze medals, respectively, in the recent 2019 Asian Sambo Championships in India, will again compete for flag and country in the World Youth and Juniors Sambo Championships on October 9 to 12 in Tashkent, Uzbekistan.

Sydney, 19, who defeated Arailym Abenova of Kazakhstan in the finals of women's, said the tournament is still part of their tune-up preparations for the 30th Southeast Asian (SEA) Games slated November 30 to December 11.

They both barely had two weeks of rest from the India joust where 18-year-old Chino salvaged a bronze in junior -82 kilograms division before going into another international event.

Last September 2019, she copped a bronze in the 2019 Chungju World Martial Arts Masterships in Chungju, South Korea. It was her third bronze in a world tournament. The first world bronze she won was in the World Sambo Championships 2018 held in Bucharest, Romania and the next one was in the 2019 Sambo World Cup Kharlapiev Memorial Competition in Moscow, Russia in March 2019.

Chino, whose excitement for bagging his first Asian medal after his past golden finish in a Southeast Asian meet has not yet waned, said he does not want to pressure himself by aiming too high in his World Youth and Juniors debut.

"Siguro po di po masyadong mataas pero I will try my best to show what Philippines sambo worked hard for in the past year... for giving us such chances and opportunities to compete and show our skills po sa the world level," he told Sun.Star Davao in a separate Facebook interview.

The six-footer University of Santo Tomas (UST) judo varsity scholar thanked the Philippine Sports Commission, his school, his parents and coaches for their support.