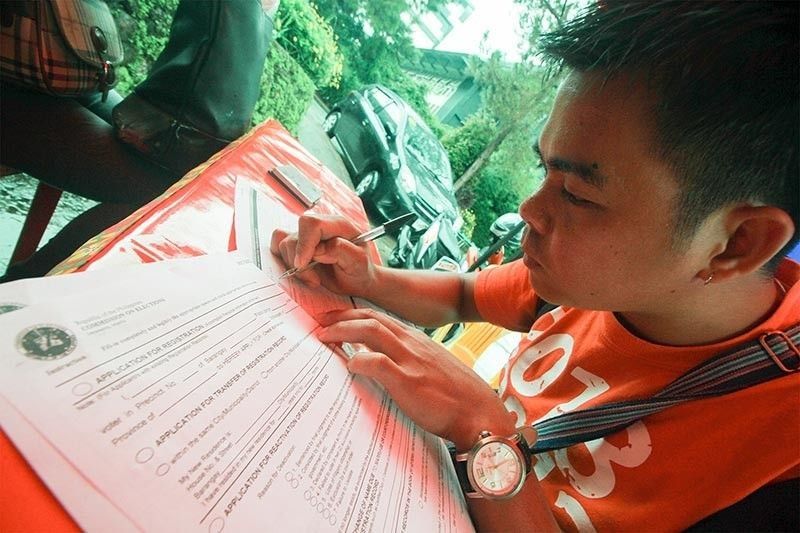 A LOW turnout for voter registration was logged in Baguio and Benguet. Initial data from the Provincial Election Supervisor Office in Benguet showed a total of 11,304 new regular voters (18 years old and above) and 2,337 for Sangguniang Kabataan (SK) (15 to 17 years old).

Benguet Provincial Election Supervisor Elenita Capuyan said the number is low compared to the previous registrations. "We can accredit this to the fact that everyone knows, nangangambang hindi matuloy ang elections," she said.

Current accounts for SK registration showed that Tuba has the highest registration with 789, followed by Kapangan with 233, and Baguio City with 232. For regular registration,

Baguio City recorded 5,600, La Trinidad with 1,594 and Itogon with 754. Voter registration started since August 1 and lapsed on Monday, September 30.

Capuyan noted a slow increase in the number of registrants. She said in the past two months, satellite registration was conducted to intensify registration.

Meanwhile, the Commission on Elections said that once President Rodrigo Duterte approved the postponement of the barangay and SK elections, it will accommodate voter registration anew.

The new voters will be added to the current voting population of the city and province with 335,708 voters as of December 2018.

Last September 30, the Senate voted to postpone the 2020 barangay and SK elections. The decision was forwarded to Duterte for approval.