Councilor: Call to reopen Salugpungan based on study 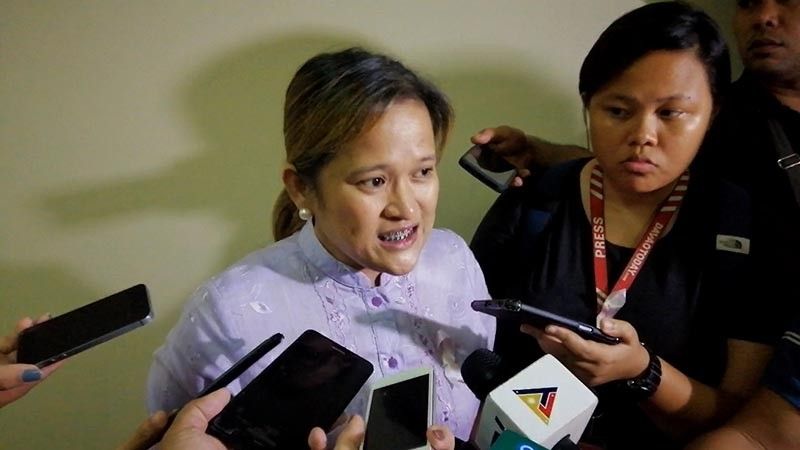 DAVAO City Councilor Pamela Librado-Morato insisted that her call for the reopening of the Salugpungan Ta'tanu Igkanugon Community (Salugpungan) was not solely based on the information relayed to her by the Makabayan bloc.

The councilor reacted on Tuesday, October 1, a day after Mayor Sara Duterte-Carpio urged her to know the reason as to why Salugpungan and its affiliated schools were foreclosed by the Department of Education (DepEd)-Davao.

"Meanwhile, the councilor from Davao City who called on the Sangguniang Panlungsod to inquire into the closure of the Salugpungan schools in our city should first check the facts that form the basis of the request for closure, and not rely on the disinformation fed to her by the Makabayan bloc and its CPP-NPA-NDFP (Communist Party of the Philippines-New People's Army-National Democratic Front of the Philippines) allies," Duterte-Carpio said in an issued statement Monday, September 30.

Although the mayor did not mention any names, it can be recalled that Librado-Morato called on the City Council to inquire into the closure of the Salugpungan schools in the city, during her privilege speech last September 24.

Librado-Morato, meanwhile, said she had studied the whole incident prior to delivering her privilege speech.

Aside from her office, the councilor said Salugpungan representatives also visited the offices of Councilors Pilar Braga and Antoinette Principe, as well as Vice Mayor Sebastian Duterte, although she is uncertain if they were entertained during their visit for a dialogue.

Meanwhile, she respects the opinion of the city mayor on this matter.

"It's not an issue for me," Librado-Morato said.

She also said that her speech has nothing to do with "political affiliation."

"Sa nakita ko po, mas dapat bigyan ng pagkakataon na mabigyan ng boses at magkaroon ng dayalogo (From my perspective, they [Salugpungan] should be given an opportunity to speak out and have a dialogue to resolve this matter)," the councilor said.

"'Yun lang naman ang hiningi ko sa mga kasamahan ko sa Council, na bigyan ng pagkakataon na marinig at susihin ang issue ng mga Lumad (All I'm asking from my colleagues in the council is to give them a chance to raise the concerns and issues of the Lumads)," she added.

Meanwhile, she opted not to comment on the report of National Security Adviser Secretary Hermogenes Esperon Jr., which was the basis of DepEd to temporarily close Salugpungan schools.

Esperon reported that Salugpungan schools have allegedly been using students in rallies and teaching them ideologies against the government.

Librado-Morato said she respects the decision of the DepEd, which will release the result of its own investigation soonest.

Save Our Schools (SOS) Network, an advocate group for the education of lumad children in Mindanao, also reacted against Duterte-Carpio's statement.

This came after the mayor urged the public not to support any activities initiated by SOS.

Duterte-Carpio also said that SOS Network "continues to shamelessly lick its wound publicly over the closure of Salugpungan schools."

She said the group has been "relentless in its efforts to sow disinformation about the government and why the closure was enforced."

"Your fear that the Lumad are rebels are imaginary. Corruption of politicians, the plunder of natural resources, the threats of the military on the Lumad and farmers are real," SOS said in a statement.

"We believe that power resides not in the pockets of the elite, but in the people who assert their self-determination and rights. And we find that in the Lumad who want to continue their education, so that the next generation of the Lumad in Mindanao will be more prepared to articulate and defend and develop their communities," it added.