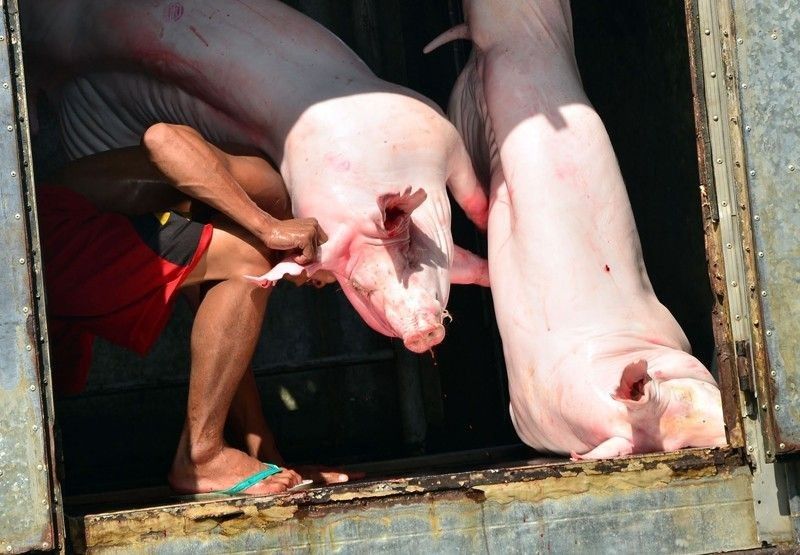 BACOLOD City Mayor Evelio Leonardia has issued Executive Order (EO) 29 to temporarily ban live pigs, hogs, carcass, pork, and pork products and byproducts originating from or processed in Luzon and in certain countries and from entering the City of Bacolod for a period of 90 days.

The EO, which was signed by Leonardia on October 1, stated that the African Swine Fever (ASF) is a highly contagious hemorrhagic viral disease with very high mortality rates affecting swine but harmless to human health.

The Department of Agriculture officially confirmed that the cause of swine deaths in Rizal and Bulacan was the ASF virus. Leonardia said there is an urgent need to adopt preventive measures in order to prevent an ASF virus outbreak in the city.

The Provincial Government of Negros Occidental recently ordered the temporary banning of live pigs, pork, pork products and byproducts including canned goods of pork origin, originating from, processed, or manufactured in Luzon entering into the province for 90 days.

Leonardia said the ASF Task Force has issued a resolution recommending the temporary banning of live pigs, hog, carcass, pork, and pork products, originating from or processed in Luzon ad from the said countries from entering the City of Bacolod for 90 days.

"We are closely monitoring the entry of pork products from various regions," he said.

The ASF Task Force will start the information drive in barangay level on Friday, October 4, to properly inform the people or those hog raisers on how to handle, monitor or closely watch their hogs.

"We agreed that all the barangay officials should report any uncharacteristic behavior of pigs, illnesses or swine deaths within their barangays so that it will be acted immediately," Nifras said.

He said they already met with the hog raisers association in Bacolod and all of them have the same concerns on how to prevent the entry of ASF virus here.

The ASF Task Force also encouraged the restaurants and hotels in Bacolod not to sell their food wastes and they should dispose it immediately.

Nifras said all ports of entry in Bacolod City, including Pulupandan and other ports in Negros Occidental and Negros Oriental are being manned by the Philippine Coast Guard to inspect the proper authorization or licenses of importers of swine products or any processed foods.