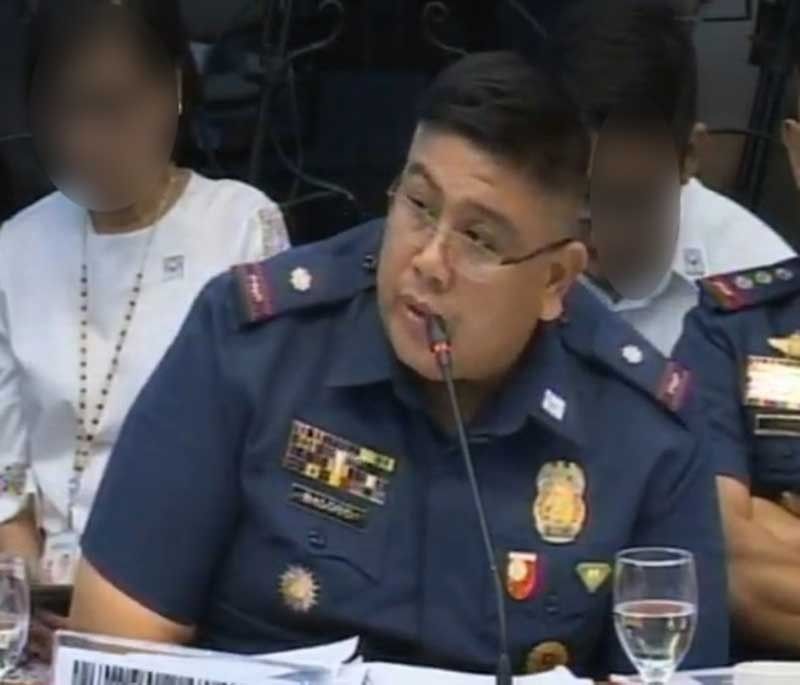 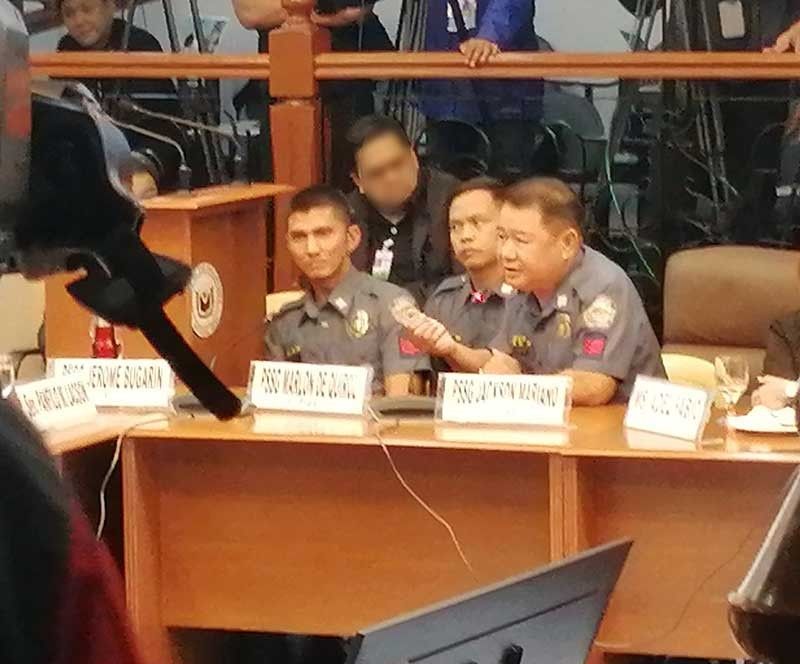 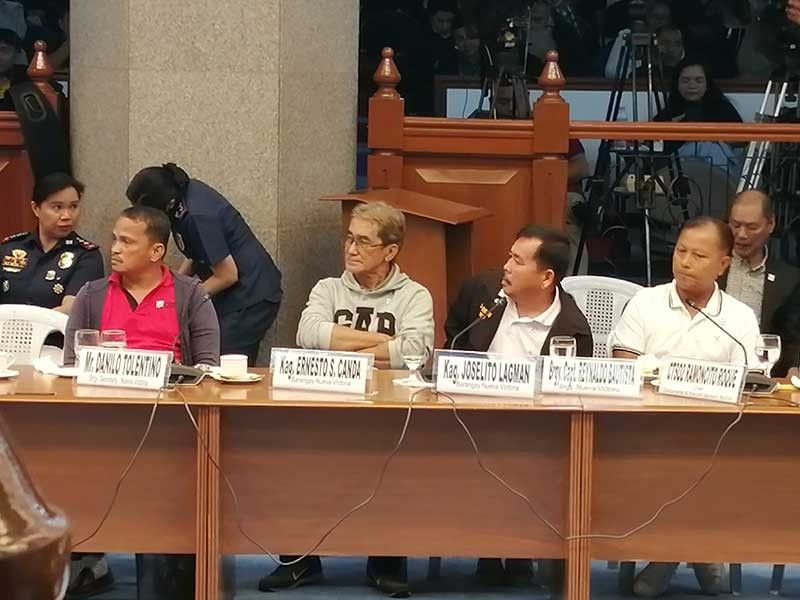 SENATORS on Thursday, October 3, cited in contempt the police officer who led the anti-drugs operation in Pampanga that was found to be replete with irregularities.

Baloyo stated in the spot report that he made about the operation that they conducted the drug bust around 4:30 p.m. on November 29, 2013 at the house of an alleged drug lord in Woodbridge Subdivision, Lakeshore View in Mexico Pampanga.

The 13 officers are suspected of being ninja cops, the term for policemen who recycle illegal drugs that they seize during their operations.

Baloyo's report stated that the policeman who served as poseur buyer was able to buy from their target P100,000 worth of illegal drugs.

In the report, Baloyo said they recovered 36.68 kilograms of suspected methamphetamine hydrochloride (shabu) and arrested a certain Ding Wenkun, who was the target of their operation.

But witnesses said the operation was conducted around 10 a.m., not 4:30 p.m., and the total volume of illegal drugs recovered was more than 200 kilograms.

At the resumption of the Senate investigation on good conduct time allowance (GCTA) and ninja cops, the blue ribbon and justice committees were able to obtain the logbook of Woodbridge Subdivision which showed that around 10 a.m., armed men on board two vehicles introduced themselves as policemen and forcibly entered the premises, saying that they were going to the “residence of a certain Mr. Santos which is being rented by Mr. Dy."

The security personnel of the subdivision noted that the “situation got hotter” between security guards and the men inside the two vehicles.

This prompted them to report the incident to the Mexico police.

Meanwhile, barangay officials turned over to the police a foreign looking man who went to them shirtless and asked for help. The man asked to be brought to Angeles City in exchange for money.

Senior Sergeants Marlon Quiroz, Jackson Mariano and Jerome Bugarin said they turned over the foreign looking man to Baloyo’s group as the latter claimed he was the target of the operation.

The police and the barangay officials said they failed to take note of the man’s name.

Baguio City Mayor Benjamin Magalong, who was the head of the Criminal Investigation and Detection Group (CIDG), said the operation prompted then PNP Chief Alan Purisima to order him to conduct an investigation into the operation as it was reported to him that those involved in the said operation were able to buy sports utility vehicles (SUV).

In the course of investigation, Magalong said they found several irregularities in the operation as well as in the report of Baloyo.

He said that based on the accounts of several witnesses who assisted them in the re-enactment of the said operation, at least 200 kilograms of illegal drugs were confiscated and the arrested person was Johnson Lee and not Ding Wenkun as stated in the spot report.

Magalong said they found out that Lee was able to escape and that he was the same man who sought help from barangay officials.

The barangay officials as well and policemen who encountered Lee said it was not him who was presented to the media by Baloyo's group.

When they were showed the photo of Wenkun, they said they did not know him.

The result of the investigation resulted in the relief of then Pampanga provincial director and now PNP Chief Oscar Albayalde as well as the 13 cops.

‘Everything was a lie’

He told the Senate that everything in Baloyo’s spot report was a lie.

Gaerlan confirmed that around 200 kilograms of shabu were seized during the operation which happened in the morning and not in the afternoon.

He said Baloyo claimed that they conducted the operation in the afternoon because that was the only time that they coordinated with the Philippine Drug Enforcement Agency (PDEA) which is a standard operating procedure in every drug-related operation.

Gaerlan, however, said they did not get any evidence linking Albayalde to the said operation.

Baloyo, however, stood by his claims. (SunStar Philippines)