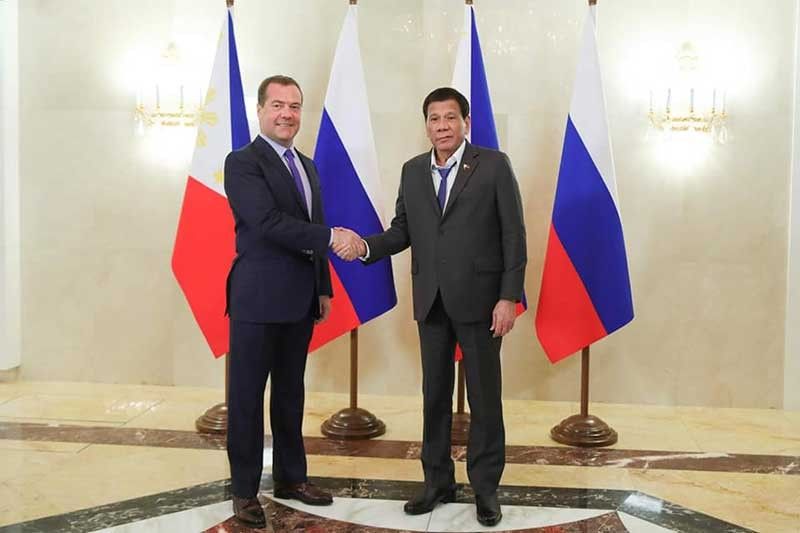 Presidential Spokesperson Salvador Panelo issued the statement after Paul Vondra, an editor at Czech Radio Plus based in Prague, noticed that Duterte looked a “bit unkempt” during a bilateral meeting with Medvedev in Moscow.

Photos from Malacañang showed Duterte had dressed casually with a loosened tie and open-collared shirt.

“His loosened tie was not intended to disrespect the Russian Prime Minister or the Russian. [Duterte] dresses up for comfort, he is not particular on unsettling other people. He is upfront on everything he does,” the Palace official said.

In a Twitter post, Vondra cited some comments from Russians who allegedly asked, “‘Did he (Duterte) drink all night?’, ‘Did he just leave the pub?’, ‘Do Filipinos know what a (state visit) protocol is?’”

Duterte merely felt uncomfortable with a tight tie so he opted to loosen it a bit, Panelo explained.

“[Duterte] does not look unkempt. What those kibitzers refer to is the way he wore his tie. He loosened it up. He feels suffocated and very uncomfortable if the tie is tightly in place in the collar,” he said.

“The President is very hygienic. His body emits a refreshing scent as observed by people who meet up close to him,” Panelo added.

Duterte met with Medvedev in the Russian Prime Minister’s office in Moscow on Wednesday, October 2.

During the bilateral meeting, the two leaders agreed on the need to maintain the closer relations between Manila and Moscow by intensifying cooperation on various areas such as trade and investment, defense and security, energy, and science and technology. (SunStar Philippines)