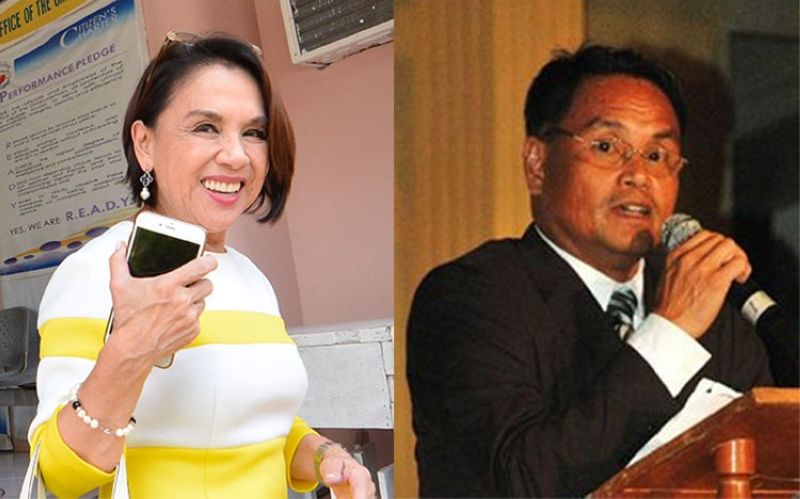 [1] FB POST ABOUT MARGOT OSMEÑA. A photo of former Cebu City councilor Margot Osmeña with the caption "Margot Osmeña for mayor" surfaced recently on Facebook. A tease or prodding from her supporters? Or trial balloon from the Osmeña camp itself. Too soon, a veteran Cebu City Hall observer says.

[2] 'CURSE' ON DEFEATED CLANS IN LAPU-LAPU. Nothing is ever too soon for a political camp, says a leader of the Radazas in Lapu-Lapu City. The Radazas are wary about a supposed curse on Lapu-Lapu clans that were defeated in elections: they never get back to power once they lose. Check it out. That seems to have happened but is it due to any curse? The Radazas are not yet completely gone. They still hold the lone congressional seat. Wait, was that why former mayor Paz Radaza didn't want to give up the congressional district office at City Hall? She needed to keep her "footprints" on the city's seat of power?

De los Santos was also among the 13 whose names were submitted by JBC to President Rodrigo Duterte when a vacancy occurred after the appointment of former SC associate justice Samuel Martires as ombudsman. Justice "Edsa" is also expected to be in future lists when other vacancies in the high court will occur, including that of Senior Associate Justice Antonio Carpio, who will retire on October 26.

A native of Palompon, Leyte, de los Santos was known as the "habal-habal driver judge of Dumaguete City" who succeeded AJ Gabriel Inglis as executive judge of the Visayas station. He has been constantly prodded by his son, Atty. Fritz Bryn Anthony de los Santos, to keep applying for the high court.

By the time the vacancies from the retirement of Jardeliza and Carpio are filled, Duterte will have appointed 12 justices to the high court. He would've bigger chance of being supported in future cases before the high tribunal involving his person or interest.

Unlike in the US where a Republican or Democratic appointee is expected to help the views and advocacies of the party's ideology, in the Philippines, the President appoints the justices with the hope he can get as many friendly justices as he can get in case he figures in a litigation in the SC. The joke is that a president wants to pack the tribunal with his appointees to keep himself out of jail.

Why do the appointees keep getting younger? For them to stay in the high court longer and outlive the president who appointed them.