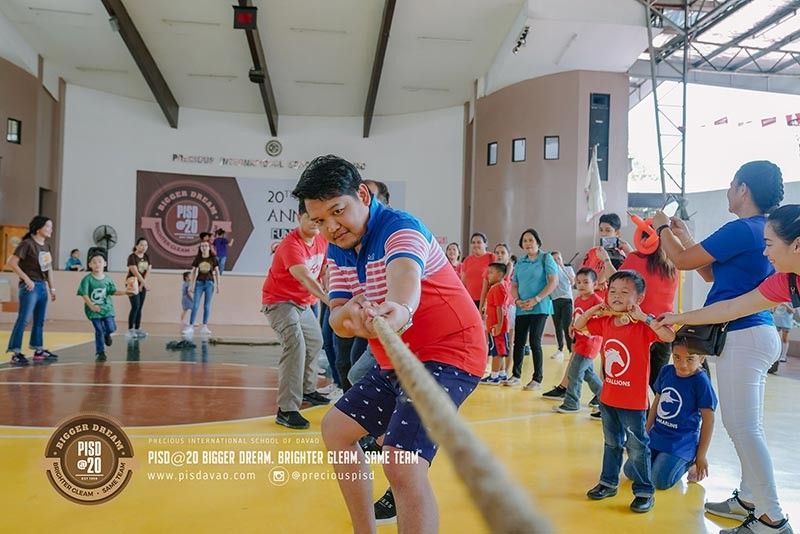 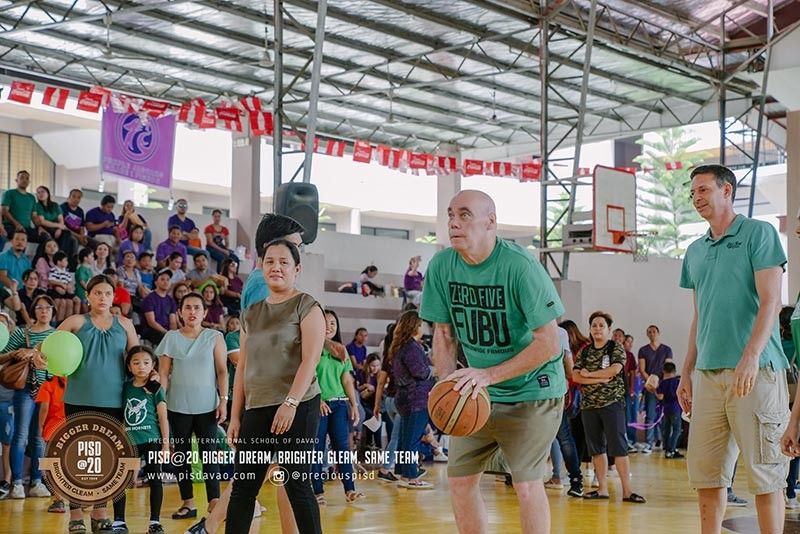 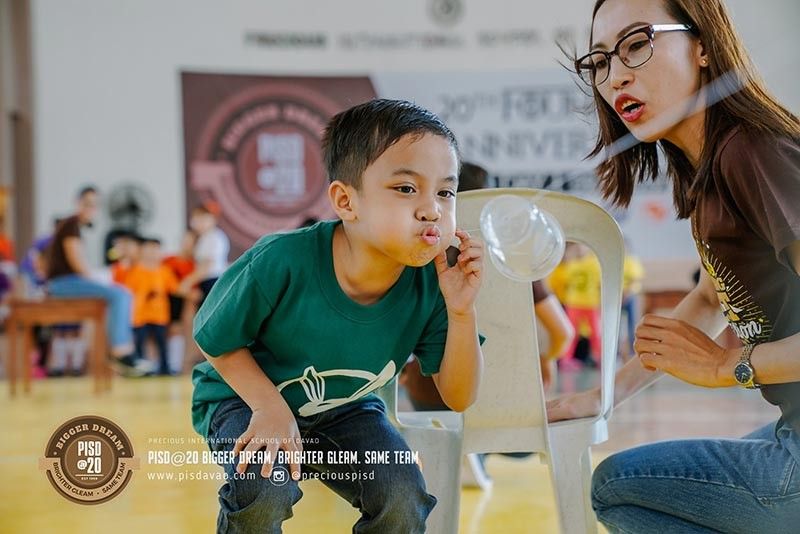 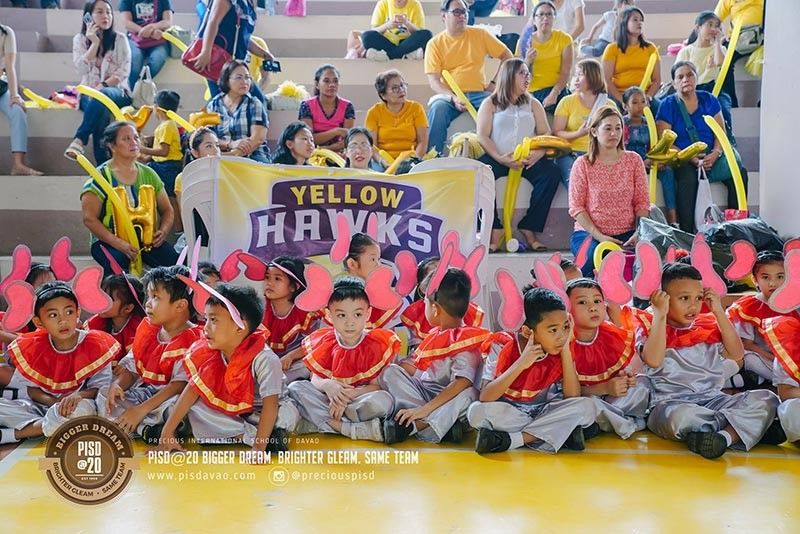 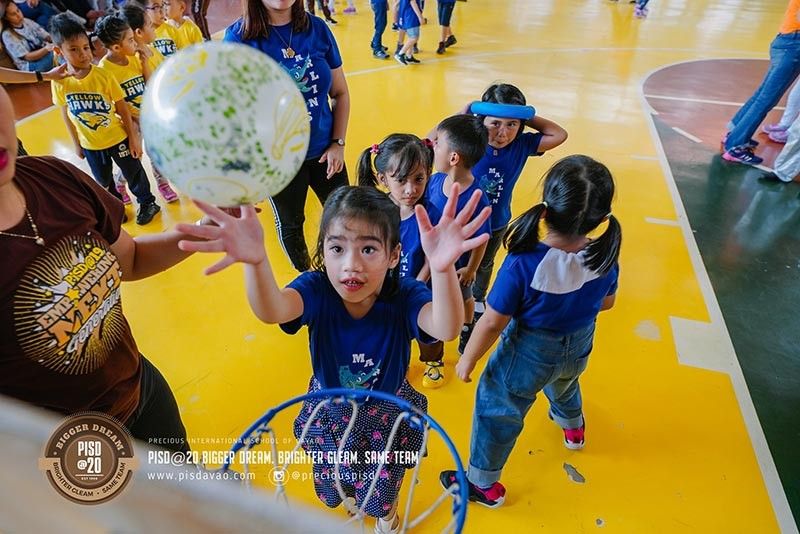 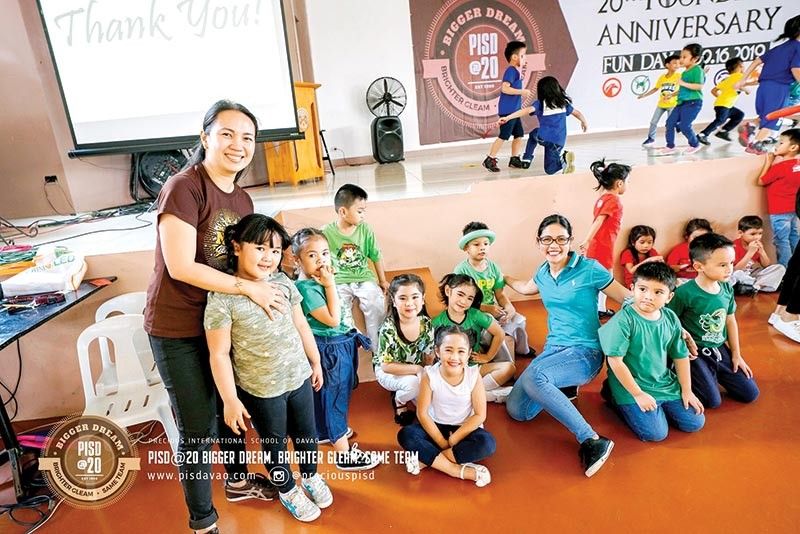 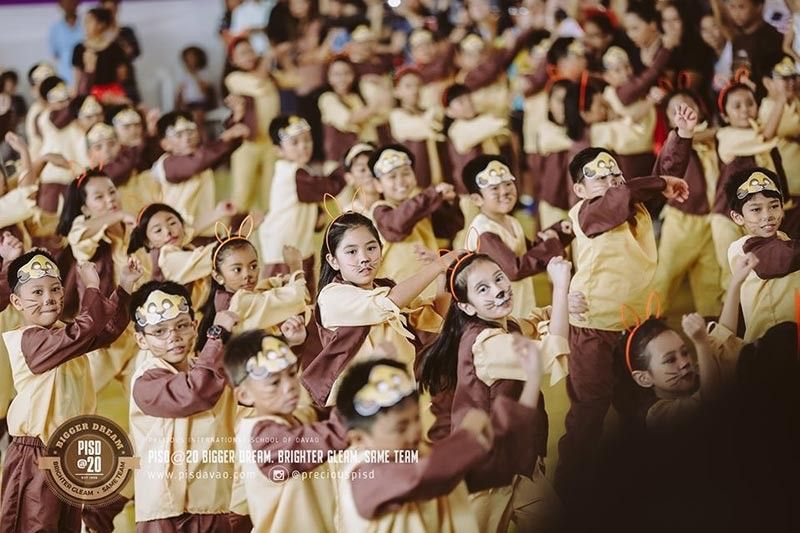 TWO decades had passed since Precious International School of Davao (PISD) was founded. From what was once a school comprised of only 46 students, PISD now has more than 2,300 students.

Last September 16, PISD celebrated its 20th founding anniversary with a "bigger dream, brighter gleam, and with the same team" as a theme.

It was a whole week filled with fun activities, the whole school community took part -- from the teaching and non-teaching personnel, to the students and their parents.

Inspired by the television series Game of Thrones, students from different grade levels battled it out to reign supreme in the annual celebration.

While on September 20, it was a whole day of massive cheer, yell, and moves as they had their Field Demonstration.

Of course, the parents would never be missed out as they also had their special day, the Family Day, held last September 21.

But apart from the stiff competition, the atmosphere of festivity and camaraderie was at sight as families from different background and status get along and shared one banquet during lunch time.

More than just an annual celebration, it was a blessed milestone for PISD as they are now on their emerald year.

PISD founder Perla Pichon Kwan, in an interview during the school's Family Day celebration, shared how the school's success became evident because of the community's constant cooperation in attaining quality education molded with the right values.

"We are happy because the parents trust us so much, and we have their unwaivering support," Kwan said.

The presence of the parents, not only during the foundation week, but all throughout the school activities is a living testimony that PISD, the student's second home, is where every student should be. Thanks to its comprehensive quality education.

With another 20 years in sight, Kwan proudly said, "we will shine brighter in the years to come."