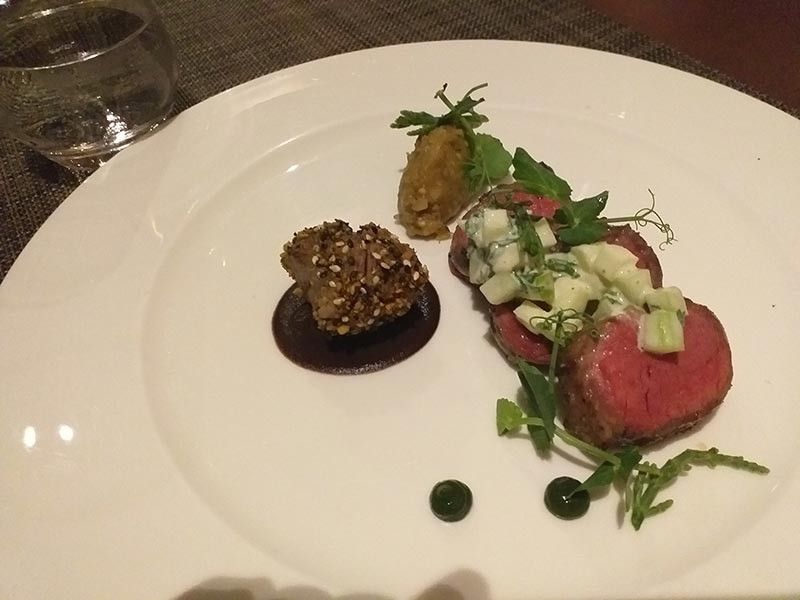 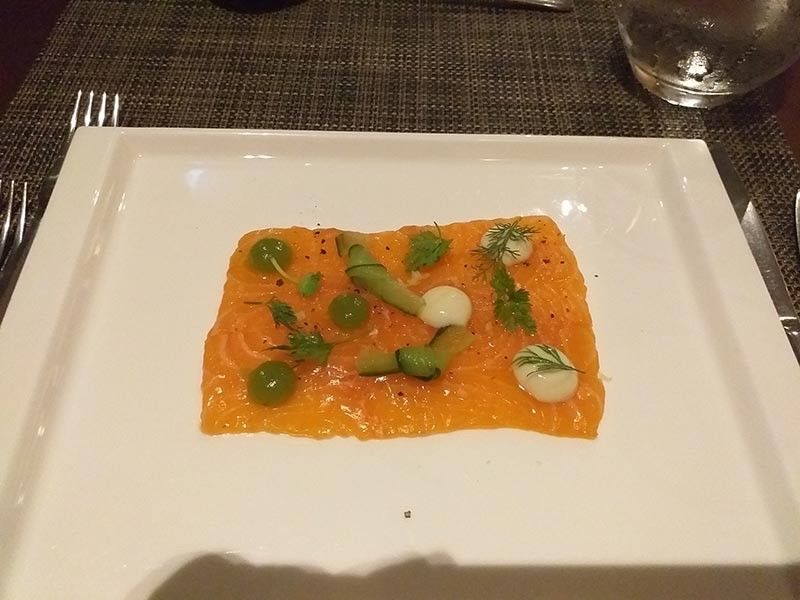 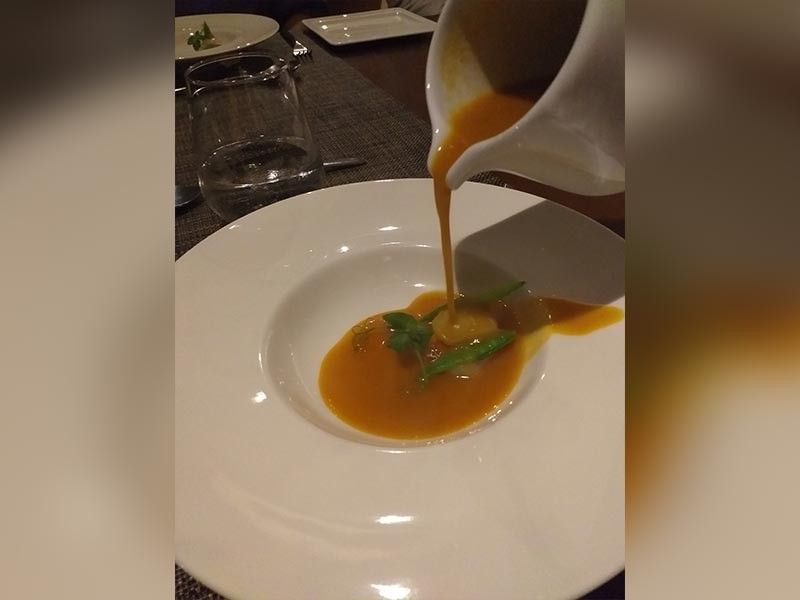 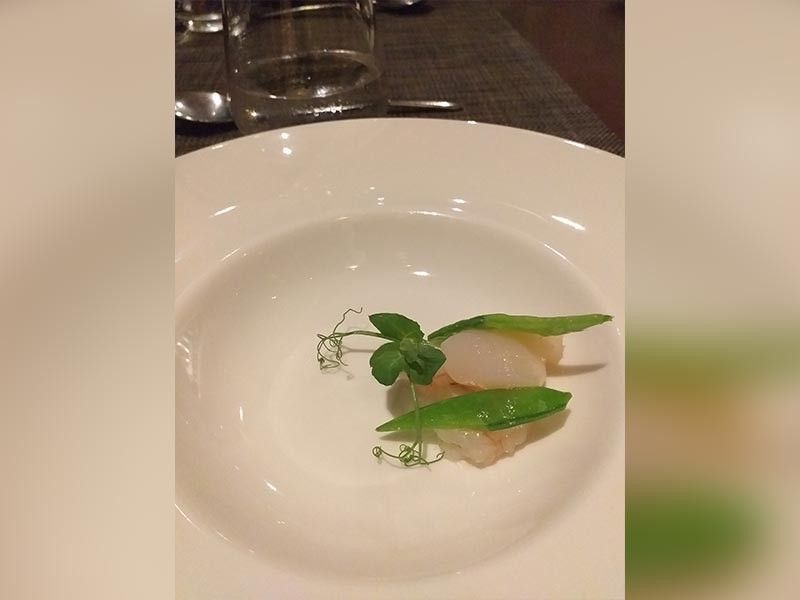 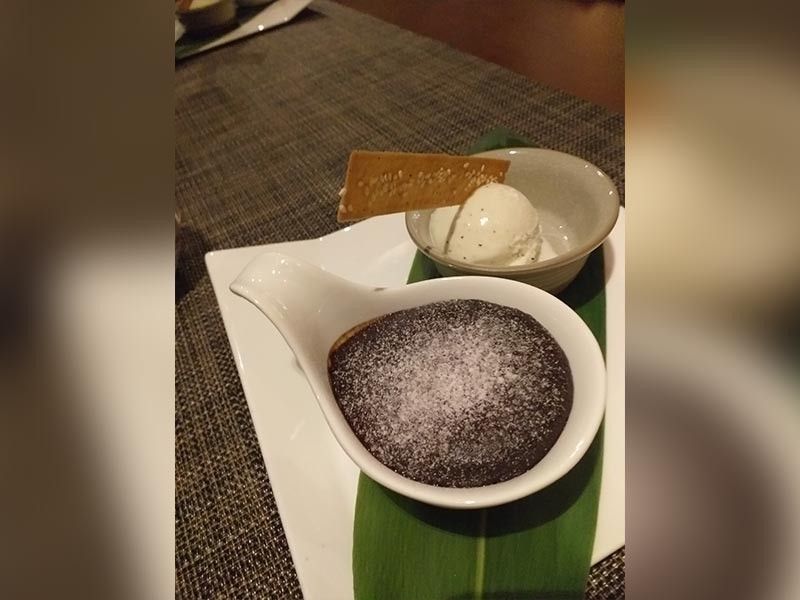 TRUTH to tell, I have sampled several lamb menus before but nothing can equal with what I had tasted in a fine dining restaurant in Singapore.

I am not a fan of lamb meat or mutton but it was a different experience for me. First, I, along with the media team who were invited to cover the Halloween Horror Nights 9 last September 24, was served with Salmon Ceviche. The salmon literally melted in my mouth without any aftertaste, just pure tempting. The salmon's taste was boosted by fennel pernod cream, compressed cucumber, salted lemon, and green apple gel.

Then came the Tomato Broth with sweet shrimp, scallop, and snow pea. I was not really particular with the broth though, but the shrimp and the scallop were so delectable, and they also melted in my mouth.

Then came the main dish. We were given the option of either Roasted Lamb Loin and Collar or Shiro Miso Glazed Glacier 51 Toothfish. I chose the former because I want to refute myself from believing that lamb meat is not at all that palatable.

The Roasted Lamb Loin and Collar was served with dukkah, smoked eggplant, apple mint jelly, cucumber yoghurt, and black garlic onion sauce. All I can say was it was the most delicious roasted lamb I have ever tasted. All its accompaniment gave the lamb's perfection a boost. I had my lamb medium rare and its warm, gooey goodness still resonates in my palate up to this day. Just mouth-watering.

And for the finale, we were served with one of the restaurant's signature dishes, the Hot Chocolate Soup. At first, I thought it was really soup, as the name says so. But then came the hot chocolate in a cup and an ice cream in a bowl. Diners can enjoy the dish the way they want to but the best way to enjoy it is by putting the very hot chocolate on top of the black pepper ice cream and mix the two together. It was just so heavenly.

When I researched about the restaurant we went into, I learned why Osia Steak and Seafood Grill at Resorts World Sentosa serves exquisitely its food. It is a Michelin-starred restaurant opened by Australian Celebrity Chef Scott Webster in 2010. And it lives up to its billing.