Davao River not a 'cesspool' 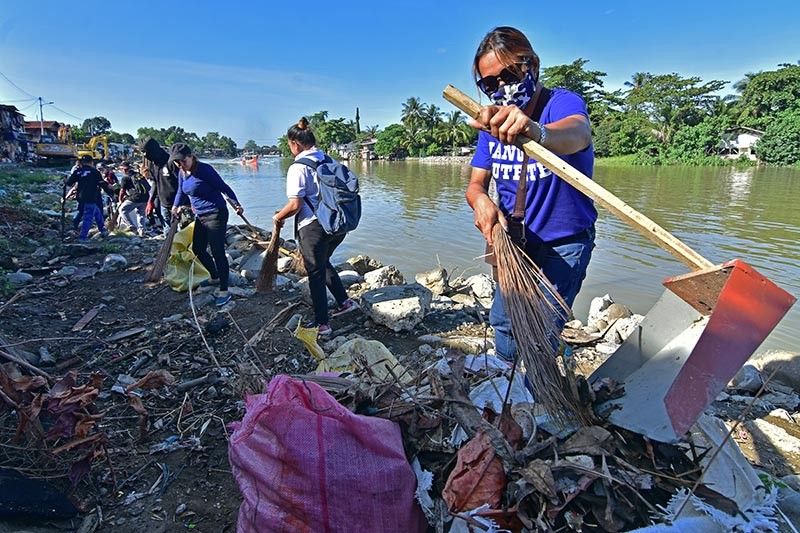 DAVAO River, where poliovirus and a high level of coliform were found, is not yet a "cesspool," the Department of Environment and Natural Resources (DENR)-Davao clarified.

This came on the heels of a DENR-Environmental Management Bureau (EMB) report that the river had reached a level of 920,000 most probable per number (MPN) per 100 milliliter of coliform in September this year.

Councilor Mary Joselle Villafuerte, who revealed the data on Tuesday, October 1, said that according to EMB, the number of coliform bacteria must be zero MPN, while the "acceptable level" is 100 MPN.

"As to the Davao River, we have not yet reached the 'cesspool' status, as compared to Boracay Island and Manila Bay," DENR-Davao chief for Public Information Jayvee Jude Agas said in a phone interview Thursday, October 3.

On the same day, a clean-up drive was initiated along Davao River in Barangay 1-A by the office of Davao City First District Representative Paolo Duterte.

Upon cleaning, the team discovered many plastics with feces thrown into the river.

Barangay 1-A captain Arnel Policarpio said it is unclear if these feces came from residents in the area, since their barangay is considered a "catch basin."

He said, however, that the barangay discovered that there are currently some 20 houses near the river without septic tank. He said it was only found out during the ongoing revetment project of the Department of Public Works and Highways.

"Sa pipila ka tuig nga naa nay mga balay nga didtoa sa may sapa nahimutang, didtoa palang namo nakita nga kini diay sila wala'y mga septic tank tong pag demolish na namo sa mga balay (For many years that the river has been inhabited by these settlers, we only found out now, after we demolished these houses, that they do not have septic tanks)," Policarpio said.

But he said the City Government and also Representative Duterte pledged to help address the lack of septic tank in the area.

Agas, meanwhile, said that having a city sewerage management system is a long-term solution to address the issue of Davao River.

The proposed system is still under feasibility study of the Infrastructure Modernization for Davao City conducted by the Japan International Cooperation Agency and is expected to end by first quarter of 2021.

Agas said the EMB continues to monitor the river that is designated under the water quality management areas, in partnership with the Department of Health and the local government unit.

"While the city has its own program in rehabilitating the river, we will be supporting their project," she added.