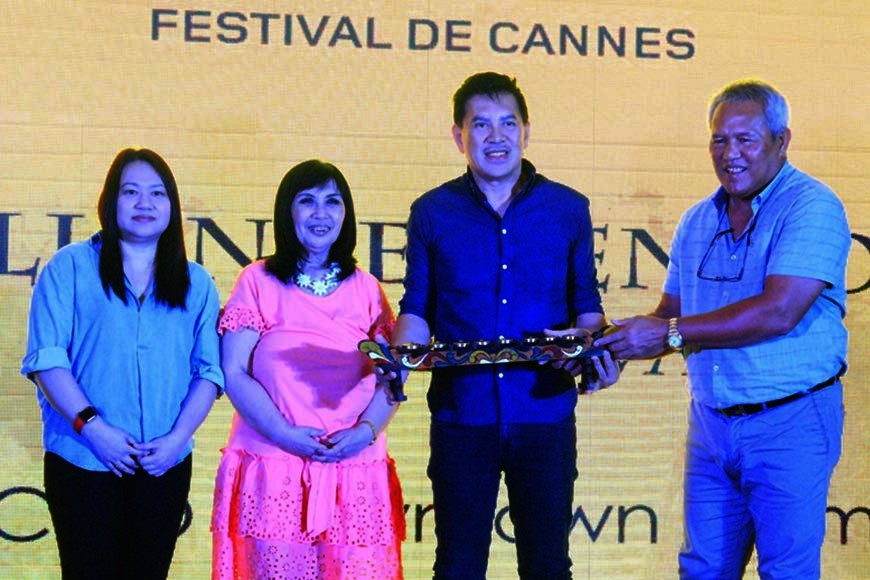 As seen from several movies directed by Mendoza wherein it tackles on some pressing and important matters in the Philippines, "Mindanao" shows issues in the region, particularly those of conflict-relations, and features the rich culture of Mindanao, from its colorful costumes and enchanting music to the values of its people.

Mendoza's "Mindanao" follows the story of Saima, who is the wife of Malang and the mother of a cancer-stricken kid, combat a medic deployed in a civil conflict in Southern Philippines.

It also shows an animation of the legend of brave warrior brothers fighting a dragon.

The said story is based on the Mindanao folklore of brothers Rajah Indara Patra and Rajah Sulayman, the sons of the powerful Sultan Nabi, who journeyed to stop the dragon plaguing Lanao.

According to Mendoza, the film was originally titled as "Maguindanao," however he said that the aspect of the animation seems "bigger than Maguindanao."

"Parang it would present the whole of Mindanao," Mendoza said.

"This could be the first step to better understanding of Mindanao. I don't think even this film can explain what Mindanao is. Parang hindi natin ma-explain yan. It would take several film makers...not one, not two, not four, not five film makers can explain Mindanao," Mendoza added.

Mendoza also shared that as he started researching about the southern region of the Philippines, he got interested and slowly got a better understanding on what Mindanao is and its people.

"I don't see myself as Kapampangan, I saw myself as a Filipino. It's the least that I can do for my country," he added.

At present, not much is known about the film "Mindanao" apart from its official synopsis and trailer.

"Mindanao" will be making a world premiere during the 24th Busan International Film Festival that is scheduled to run from October 3 to 12.

Brillante Mendoza is a film maker from Pampanga who directed several alternative films such as the "Ma'Rosa", "Thy Womb", "Kinatay", "Service", and "The Masseur", among others.

It was his film "Kinatay" that won him the Best Director during the Cannes International Film Festival.

Mendoza is the first Filipino to win Best Director at Cannes for a full-length film.