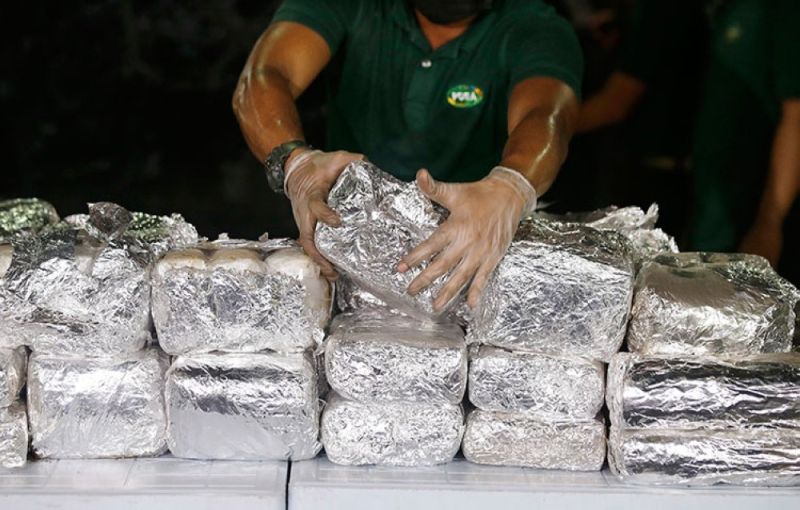 AT LEAST two generals continue to be engaged in the illicit drug trade, President Rodrigo Duterte revealed on Thursday, October 2.

Duterte made the revelation at the plenary session of the Valdai International Discussion Club's forum in Sochi, Russia.

He did not reveal the identities of the two generals. Neither did he give a hint on whether they are from the police or the military.

"Drugs cannot prosper, I tell you, unless the military and the police would allow," the President told the international community.

"There are about again two generals who are still playing with drugs," he added.

Duterte made the latest pronouncement amid the Senate's investigation into ninja cops, or police officers who are purportedly engaged in the recycling and sale of seized illegal drugs.

The unlawful act by rogue memebers of the Philippine National Police (PNP) was first revealed by Philippine Drug Enforcement Agency Director General Aaron Aquino before the senators on September 16.

It was followed by the claim of former PNP-Criminal Investigation and Detection Group chief and now Baguio City Mayor Benjaming Magalong that PNP Chief General Oscar Albayalde had intervened in the case of 13 alleged ninja cops in Pampanga who were under the latter's supervision as provincial police director.

Before departing the country for a five-day trip to Russia, Duterte on October 1 said Albayalde's fate would depend on the results of the ongoing investigation.

Duterte, at the forum in Russia, told his audience that when he assumed office in July 2016, he learned that there were nine generals involved in drug trafficking.

Dismayed by some cops' role in the proliferation of illegal drugs, the President said he would be “happy” to see drug offenders killed.