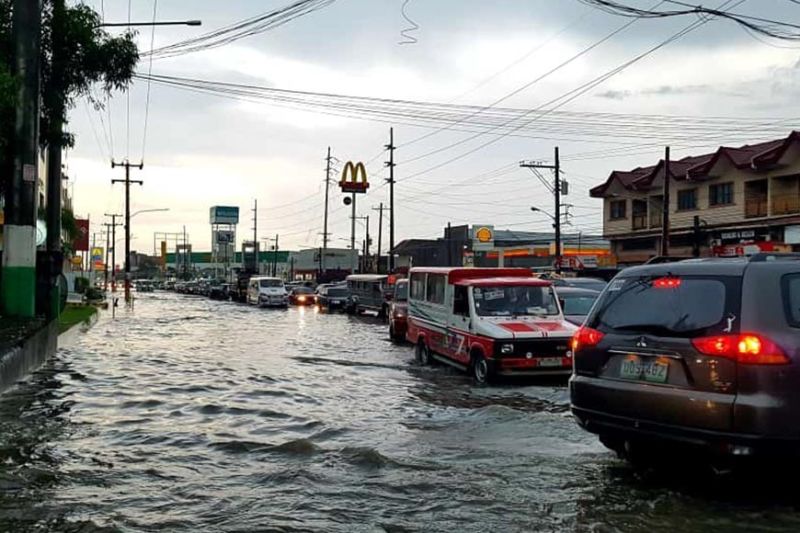 PAMPANGA. A severe thunderstorm brought heavy rains and floodwaters causing a massive traffic jam along the Jose Abad Santos Avenue (JASA) and other parts of Pampanga. (Photo by Chris Navarro)

SEVERAL municipalities in Pampanga were hit by a massive power outage that lasted nearly 12 hours on Thursday, October 3, following a thunderstorm which affected the province and other areas in Central Luzon.

Ernest Vidal, lead of the National Grid Corporation of the Philippines Communications (NGCP), said power went out at about 5:26 p.m. of October 3 in some areas of the province.

Power along the Mexico-Sampaloc line serving industrial customers, however, remained down as of Friday noon.

The NGCP apologized for the inconvenience the power interruption caused to the consumers.