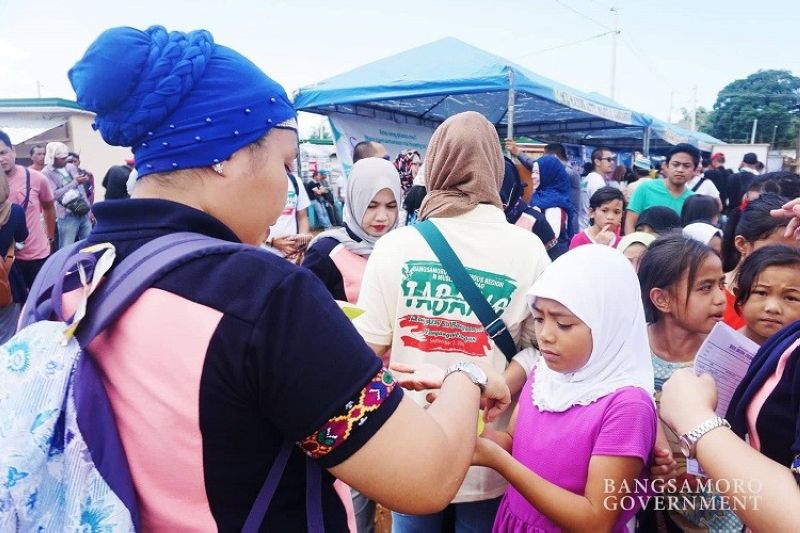 Bangsamoro Chief Minister Ahod Al Hadj Murad Ebrahim, who graced the conduct of Project Tabang, said the recovery and rehabilitation of Marawi City "is one of our 12 Point Development Aganda during the transition phase."

Project Tabang was launched on September 2 as a flagship program for bringing basic government services to communities across the autonomous region.

The Bureau of Public Information of the Bangsamoro Autonomous Region in Muslim Mindanao (Barmm) said among the highlights of Project Tabang was the launching of the Ayudang Medikal mula sa Bangsamoro Government (Ambag) Program.

The program intends to promote great accessibility to health services and help indigent Bangsamoro constituents avail themselves of the needed medicines and medical procedures.

The Ambag Program was launched through a signing of a memorandum of understanding between the Bangsamoro Government and the Amai Pakpak Medical Center in Marawi City.

The Bangsamoro Government also turned over 20 scholarships in Marawi City, two units of tractors to farmers' cooperatives, and 1,000 housing units to families who lost their home during the five-month siege from May to October 2017.

"What's certain is that the support from the Barmm and other humanitarian and government agencies keeps us going," Gandamra added. (SunStar Philippines)