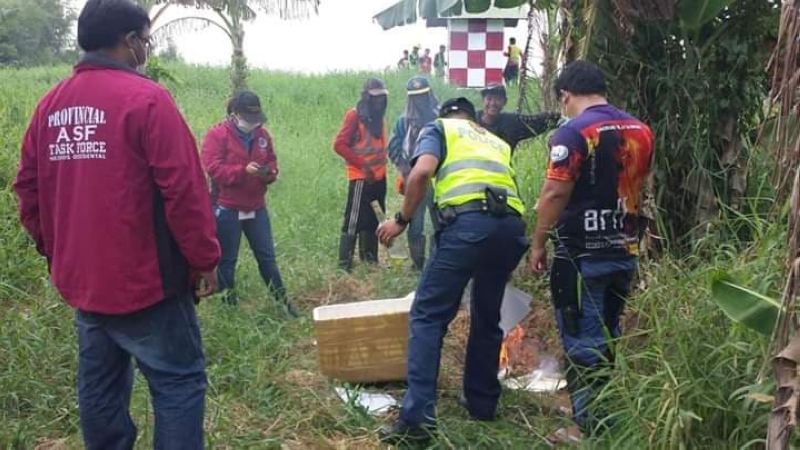 THE quarantine team at the Bacolod-Silay Airport that is part of the Provincial Task Force on African Swine Fever (ASF) has confiscated and disposed 20 kilograms of illegally shipped pork products from Cebu City.

Janoya said the products supposed to be delivered in one restaurant in Bacolod City costs about P2,300. These were confiscated on Thursday, October 3, then disposed Friday morning, October 4.

"The confiscation has nothing to do with the ongoing ban of pork products from Luzon due to the ASF scare," he said, adding that confiscation of illegally shipped products is a regular activity of the province's quarantine personnel.

Though, the task force has already confiscated at least 500 kilograms of pork meat products at the airport since the start of the implementation of the 90-day temporary ban on September 18.

Since September 24, a total of 481 kilograms of banned, undocumented and misdeclared pork products were confiscated and disposed at the airport, while some were shipped back to the port of origin.

Of the figure, about 473 kilograms of assorted pork products from Luzon were seized from September 24 to 26.

Another 8.5 kilograms of assorted pork products were confiscated at the airport on October 2.

These are on top of the 27-kilogram of pork asado siopao from Luzon intercepted and disposed by the task force on September 21.