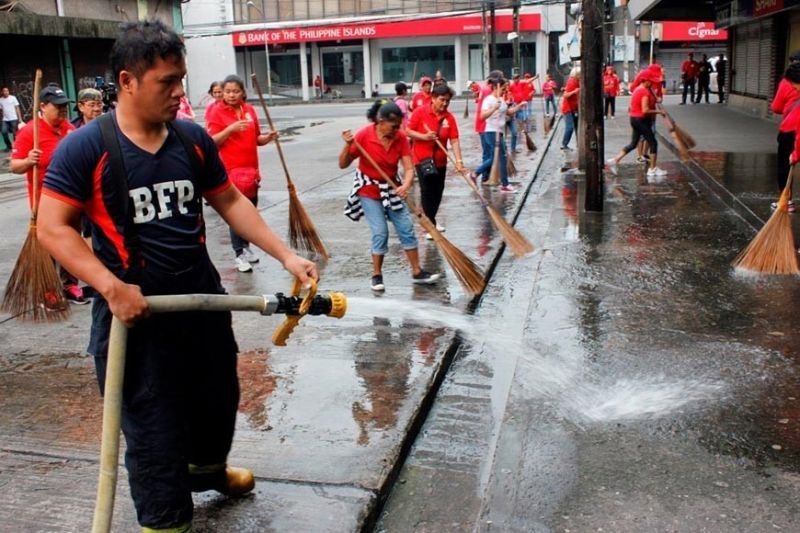 THE Department of the Interior and Local Government (DILG) Central Office will hold a final validation inspection in Bacolod City on its accomplishment on road clearing operations.

This was confirmed by Joy Maredith Madayag, DILG-Bacolod director, after they validated the accomplishment of Bacolod and Iloilo cities Friday, October 4, 2019.

Madayag said all the DILG validating teams will submit a report to the DILG-Central Office and the central office will conduct a surprise inspection to validate the reports of the local government units.

She said at any time, the central office will conduct an inspection in Bacolod City and other areas in Western Visayas.

“It’s up to the DILG secretary to sanction the mayors and barangay officials,” she added.

On September 30 and October 1, Madayag also led the validating team in Iloilo City to inspect the accomplishment of Iloilo City on the road clearing operations.

On Thursday, October 3, the DILG-Iloilo validation team, led by its director Roy Defino, has given Bacolod an 87 percent on its accomplishment on road clearing operations.

The validating team, which comprised of representatives from DILG-Iloilo, Philippine National Police, Bureau of Fire Protection, and civil society organizations, validated the reports of Bacolod City from October 2 to 3 in compliance with President Rodrigo Duterte’s directive to rid public streets of obstructions to facilitate the orderly use of thoroughfares.

DILG has provided a rating form where the passing rate on the demolition of illegal structures is 70 percent.

The actual road clearing or demolition of illegal structures will be scored 50 points where Bacolod got 45 points.

After the validation, Madayag said the DILG will continue to monitor the sustainability of the local government units (LGUs).

“The clearing operations will continue as long as there’s an existing illegal structure in Bacolod, and the city will also rehabilitate the cleared areas,” she said.

DILG-Bacolod is also required to submit its monitoring report to the DILG regional office.

The memorandum stated that within 60 calendar days, significant results must be achieved, documented and reported together with the efforts of the LGUs to sustain the same. (MAP)