32 trees to be cut in Naga for roads 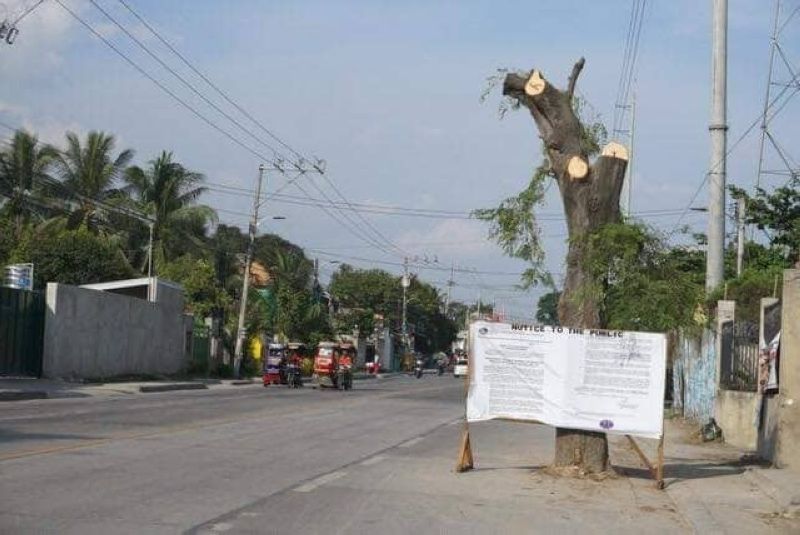 SOME 32 century-old roadside trees in Naga City, Cebu, are scheduled to be trimmed and cut down within 90 days to pave the way for the government-initiated road widening projects.

In two days, from Oct. 2 to Oct. 4, six of these trees were already trimmed by the personnel of the Department of Public Works and Highways (DPWH), said engineer Alpha Allojado, Naga City Engineering Office head.

“The schedule of the cutting of the trees will be on the 15th of October. We already trimmed six, including acacia trees,” Allojada said.

The Naga City Engineering Office assisted the DPWH 7 during the tree trimming.

He filed a petition for a Writ of Kalikasan with urgent prayer for the issuance of a temporary protection order before the Court of Appeals, with the DENR and the DPWH as its respondents.

The DENR 7, however, refused to comment on the issue.

“DENR 7 will not issue a statement on this since the petition is directed to DENR and DPWH secretaries,” reads a portion of the message they sent to the members of the Cebu media on Friday.

On the other hand, DPWH 7 Regional Director Edgar Tabacon told SunStar Cebu that they will still have to refer the matter to their legal personnel.

Allojada said the Naga residents approved of the tree cutting.

“Ang mga tawo within the vicinity, happy nga maputol kay kuyawan man sad sila nga mga bangagan na ang sulod. Delikado na kaayo. Gabok na ang sulod. Agree ra ang mga tawo didto,” she said. (The people in the vicinity were happy with the tree cutting because they feared that the trees were already hollow. That would be very dangerous already if the interior of the trees were rotten.)

Under the tree cutting permit, the cutting operation shall be under the direct supervision of Cenro Argao and a representative of the Multi-Sectoral Forest Protection Committee and/or Local Government Unit concernced.

The DPWH is also directed to replace a total of 1,600 seedlings, preferably of indigenous species to be donated and delivered to the Cenro Argao, within one week upon the release of the permit.

Moreover, the logs or lumber to be recovered from the cut tress shall be turned over to the Cenro having jurisdiction over the area for proper disposition. (WBS)