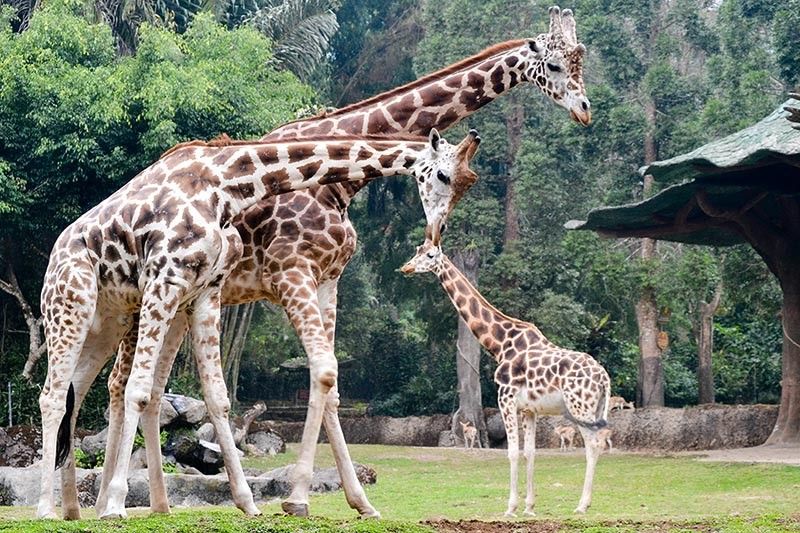 Two bulls are spotted fighting at one another with their necks. (Reuel John F. Lumawag) 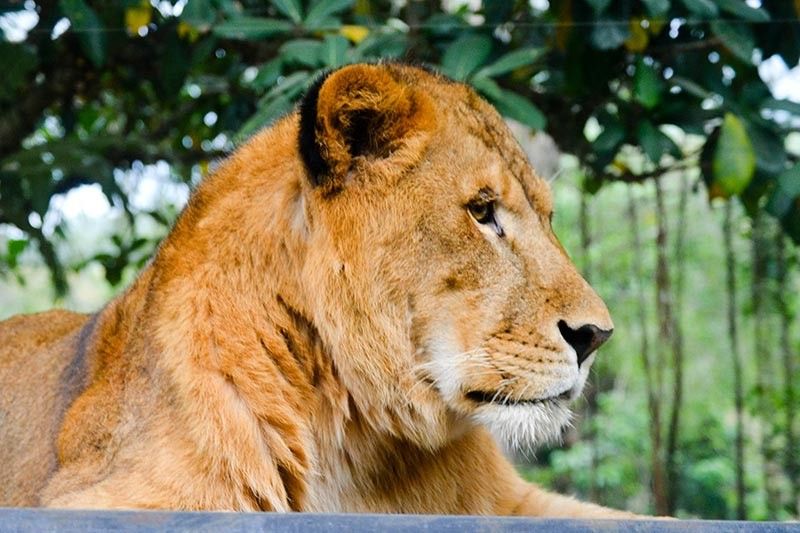 A young male lion relaxes in the afternoon while sitting on top of one of the parked feeding vehicles at the enclosure. (Reuel John F. Lumawag) 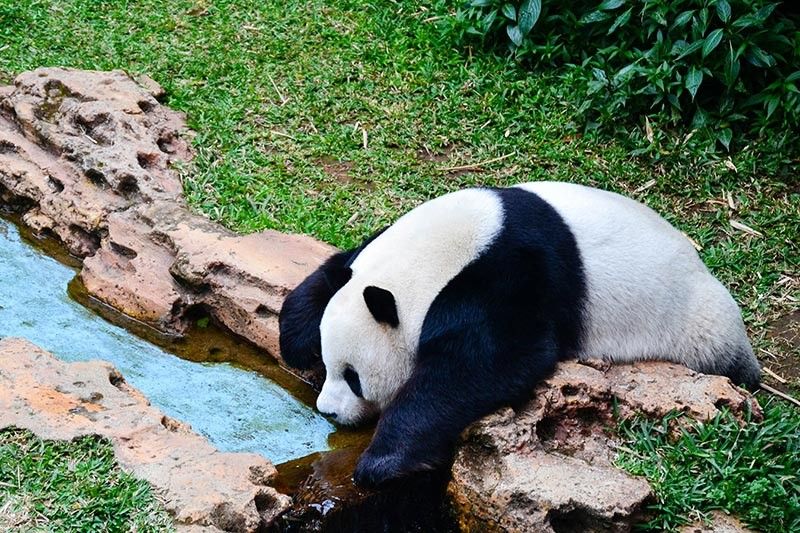 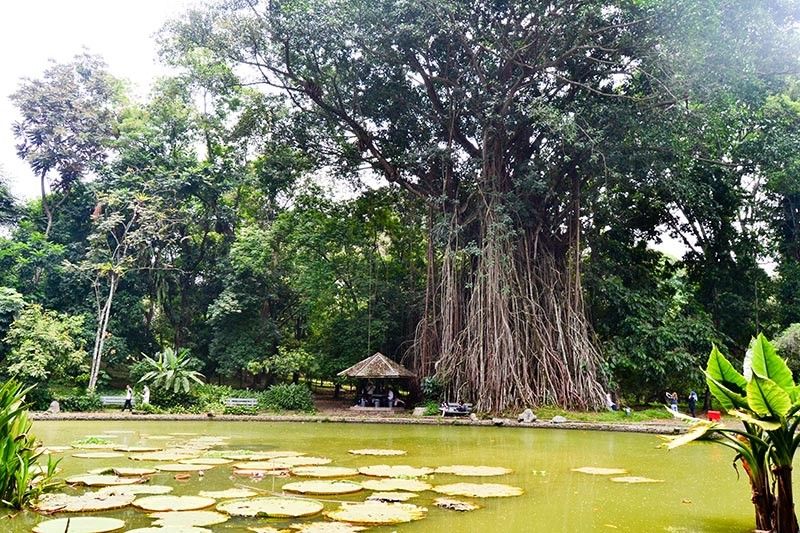 One can swing from the vines of this Banyan tree at the Bogor Botanical Garden (Reuel John F. Lumawag) 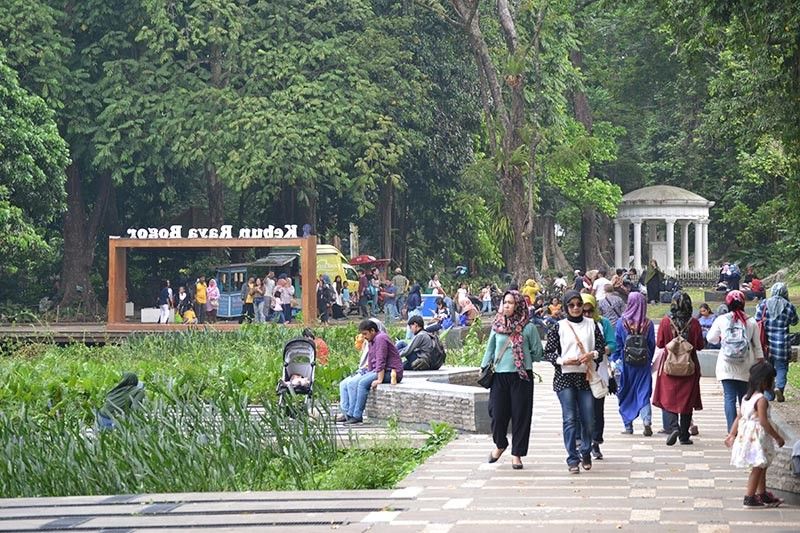 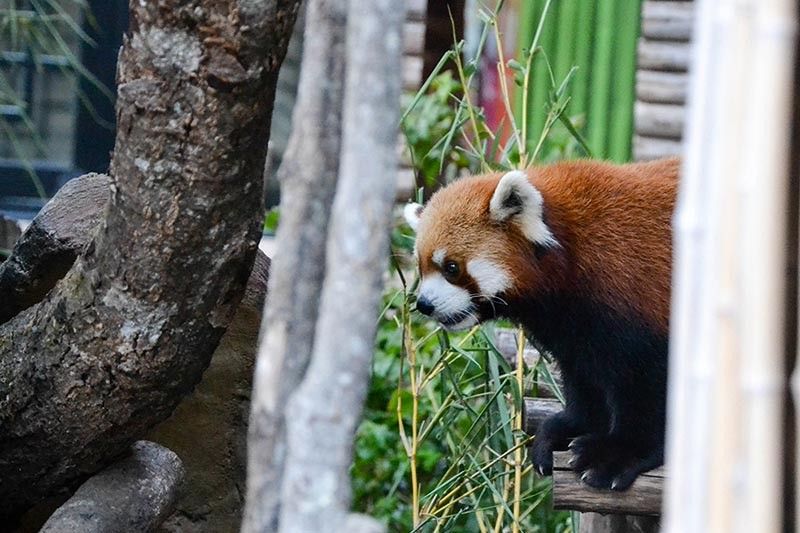 The adorable red panda at the Panda Palace at the Taman Safari (Reuel John F. Lumawag) 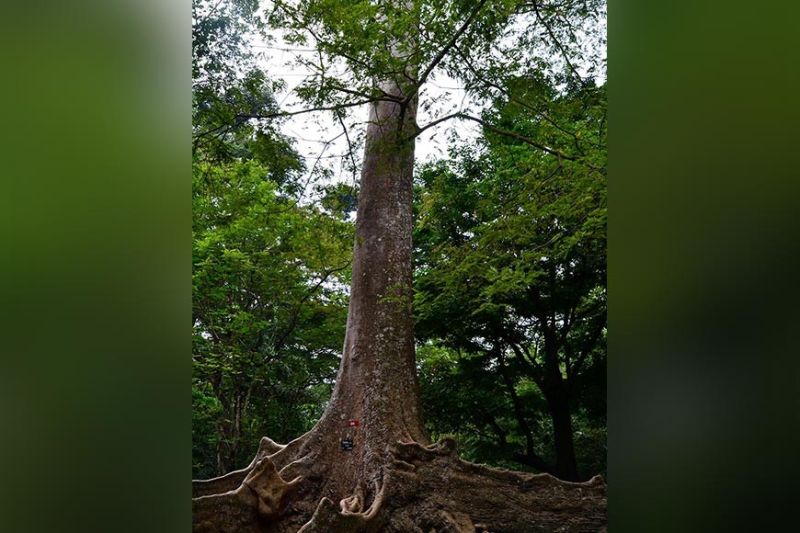 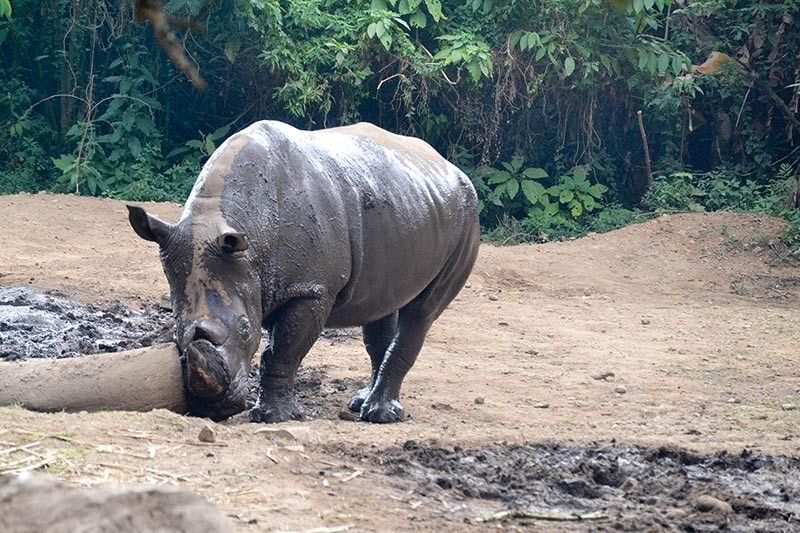 A massive male rhino was a sight to behold (Reuel John F. Lumawag)

FROM the rare Sumatran Tiger to century-old trees, you will find them in Bogor at the West Java Province of Indonesia.

Dubbed as the "Rain City" because of frequent rains in the area, the city is a popular destination for many living in the bustling city of Jakarta.

The city is flocked by Jakartans on the weekends for a quick and quiet escape from the big city.

The city has two eco-tourism sites that showcase unique flora and fauna around the world.

For wildlife, there is the Taman Safari Bogor in the Bogor Regency. The safari park features hundreds of animals from around the world.

Meanwhile, in Bogor City, there is the Bogor Botanical Garden. Being among the oldest botanical gardens in Southeast Asia is home to a plethora of plants and trees.

In the uplands of the Bogor Regency is the Taman Safari Bogor, which is home to over a hundred species of mammals, reptiles, birds, and primates, among others.

Since it began its operations in 1990, the safari park has become a prime destination for many foreign and local tourists who want to get a closer look at different kinds of animals from around the world.

The highlight of the visit to the Taman Safari Bogor is the drive-through through the different mammal enclosures of the park. It can be noted that the animals are not in cages, rather they are in huge enclosures that allow them to roam freely.

The safari drive starts with a bang as you are greeted by elephants. From there, there is a steady flow of large and medium-sized land mammals. Among the animals, you will find here is the Watusi, a type of cattle from sub-Saharan Africa that is distinct for its large horns.

You will also find several hooved animals in the safari, like different species of antelopes, deer, and even llamas.

We also spotted a binturong, also known as bearcat, having its afternoon nap. Another adorable find is the otters, which were also having their afternoon nap.

Then we passed by two male giraffes (bulls) fighting with one another. For those who have not seen giraffes fight, the bulls would neck each other by swinging at one another. According to our guides, the scene was a rare sight at the safari. There were also zebras at the enclosure who were chasing each other.

We also saw two male bison in a head to head battle.

One of the highlights of the safari drive was the enclosure of the apex predators. There was an enclosure of Bengal tigers. This enclosure also includes the beautiful white tigers. Then there was the lion enclosure; some tourists in a different kind of vehicle were feeding the lions.

Next is another enclosure of other large mammals like the rhino, camels, deer, wildebeests, and antelopes.

We also saw adorable brown bears where some were taking a nap while others were playing.

Aside from the safari drive, another highlight of Taman Safari Bogor is its Panda Palace. The safari has on loan two pandas from China whose names are Hu Chun and Cai Tao, both nine years old. You can also find in the palace ground two adorable red pandas.

Founded in 1817, the 75.4 hectare Bogor Botanical Garden is the oldest botanical garden in Southeast Asia. The botanical park is also currently being processed to become a Unesco Heritage site.

"In the beginning, the establishment of Bogor Botanic Gardens was intended as a place of acclimatization of plant species originating from foreign countries that have high economic value," its Unesco description states.

Fast forward to the present day, the garden "not only conserve the types of economic value but also conserve the species of plants that are rare, endemic, [has] scientific value and have the potential to be developed from the entire tropics."

While the botanical garden may not have been landscaped like a park, it is quite organized as to how they have arranged the plants based on its taxonomic and thematic classification pattern.

Being the oldest botanical garden in Southeast Asia, it has become a part of the history of Indonesia. According to our guide, the area where the botanical garden is right now is part of a man-made forest that was established before the Dutch arrived in Indonesia.

Now this man-made forest has grown to house a variety of plants from around the world. From the cactuses to towering trees to water plants.

According to its Unesco brief, the botanical garden "is a conservation center of wet climate tropical lowland plants with a collection of 12,350 specimens included in 213 families, 1,201 genera and 3,172 species."

You can also find at the botanical garden century-old trees. Its Unesco brief states that it has nine trees that can be considered as heritage trees -- trees that have a unique value and cannot be replaced.

Those visiting the botanical garden can also find the Dutch Cemetery here. Tombstones here dates back to the 18th and 19th centuries. Our guide said those buried here may have died of malaria. The cemetery is surrounded by different bamboo plants.

The Bogor Botanical Garden is also the location of one of the six presidential palaces in Indonesia. Aside from the gate and the fence, the palace is also separated from the visitors by a manmade pond.

The botanical garden is a popular destination for many locals where they would spend time with their families and friends during the weekends. Despite the heavy traffic of people, the park is kept clean.

The park has also become home to different wildlife like birds and reptiles within Indonesia's 14th largest city.

Not many have heard of Bogor, Indonesia. However, this area of Indonesia is home to unique flora and fauna from all over the world. If you want to visit Bogor, Cebu Pacific flies daily to Jakarta, Indonesia. From the capital, it will be an hour and a half trip.