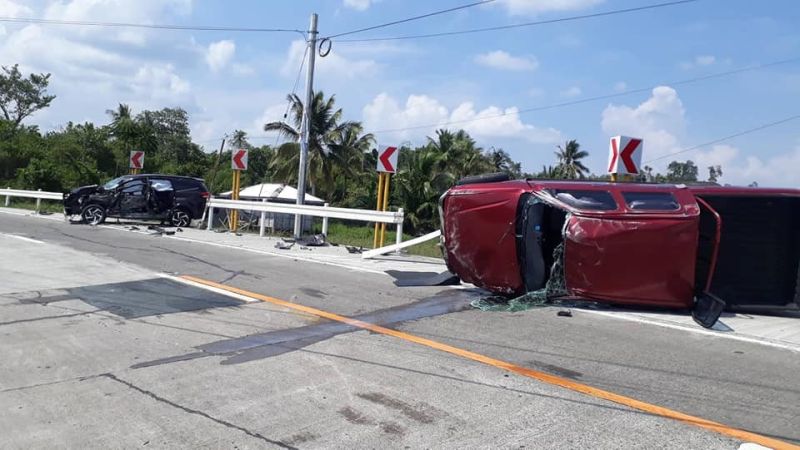 A TOYOTA-Hilux vehicle crashed into another sports utility vehicle (SUV) in Lawaan, Eastern Samar Friday afternoon, October 4, after its driver allegedly fell asleep while behind wheels.

Police identified the driver as Prudencio Busa, 41, who was with passenger Carlito Meneses, 65. Both are from Maydolong, Eastern Samar.

Busa was driving his Toyota-Hilux when the collision happened around 1:40 p.m. along the national highway of Barangay Taguite in Lawaan town.

The driver of the other SUV, a Toyota Rush, was identified as Jessel De Jesus, 29, a resident of Anao, Tarlac. He was with passengers Ma. Flordita Quiminales and Pedro Quiminales.

Initial investigation revealed that Busa was traversing the national highway toward Guiuan, Eastern Samar, while De Jesus was on her way to Tacloban City.

Police said Busa fell asleep, causing the collision, which injured both drivers and passengers. The two vehicles were also damaged in the incident.

The victims were brought to Albino M. Duran Memorial Hospital for medical treatment.

The Lawaan Municipal Police Station is conducting a follow-up investigation on the incident. (SunStar Philippines)