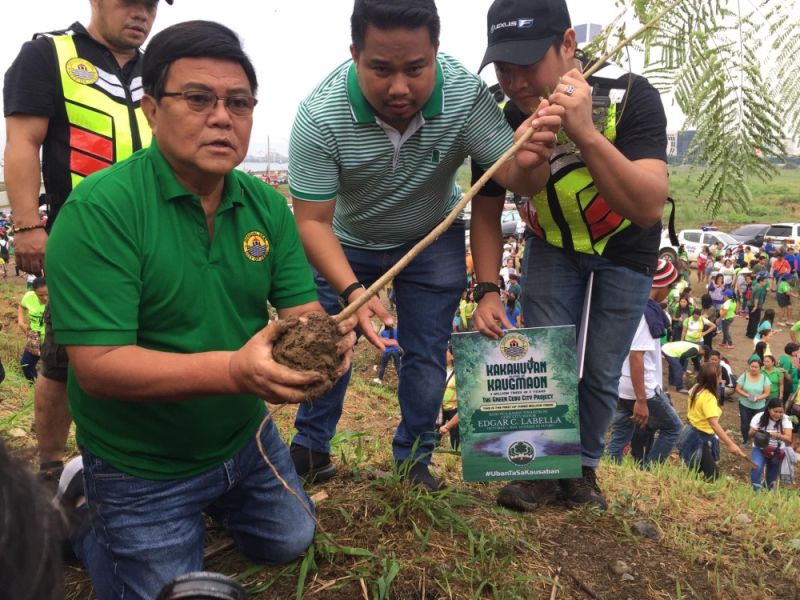 THE Cebu City Government, with the help of volunteers, planted 10,000 seedlings at the South Road Properties (SRP), along the river in Barangay Sapangdaku and in the upland area of Barangay Taptap on Saturday, Oct. 5, 2019.

Mayor Edgardo Labella admitted that the program is quite “ambitious,” but he is determined to achieve his mission to have “a green Cebu City” before his term ends in 2020.

In his Cebu City Green project, Labella aims to plant three million trees in the next three years.

“We need to start this off for our future, for the next generation, for them to realize that the past generation has done something for them,” he said.

Labella is forming a task force called the Cebu City Stewards that will be composed of coastal patrol, river patrol and forest rangers to make sure the seedlings will survive, among others.

The coastal patrol will also coordinate with the Cebu City Bantay Dagat Commission to protect marine life. The river patrol will be in charge of monitoring the city’s major waterways, while the forest rangers will oversee and monitor upland areas to see to it that forest programs and laws are implemented.

“We worked hard to plant this. We should also take care of this,” Labella said, adding that the duty of the volunteers does not stop after planting, but they also have to make sure the seedlings grow to become full-fledged trees.

With the theme, “Kakahuyan alang sa Kaugmaon,” Labella said Saturday’s activity was the beginning of a series of activities meant to save the environment.

The City has already planted 15,000 seedlings in the mountain barangay of Adlaon.

Cebu City Environment and Natural Resources Office (Cenro) head John Jigo Dacua said they have to yet to identify the site of their next tree-planting activity.

Dacua said the seedlings were donated by private establishments. For their next activity, he said they plan to use Philippine Amusement and Gaming Corp. funds.

“We will see if it is possible,” he said.

Labella proceeded to Sapangdaku and Taptap where the group planted bamboo and narra saplings, respectively. (JJL)