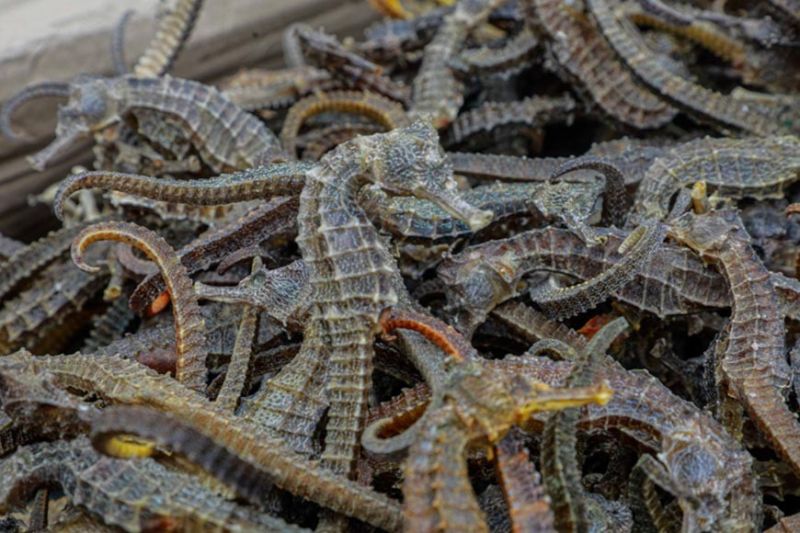 PERU. In this September 30, 2019 photo provided by the Peruvian Production Ministry, dried seahorses that were seized by authorities are displayed in Callao, Peru. Authorities said that in an unprecedented operation, they detained a ship carrying 12.3 million dried seahorses with a $6 million export value. (AP)

LIMA, Peru -- Authorities in Peru said they have detained a ship carrying 12.3 million dried seahorses with a $6 million export value in an unprecedented operation.

Peruvian marines followed the Adonay ship for several days before intercepting it about 200 miles (322 kilometers) off the Pacific coast.

On board, authorities found 55 boxes filled with seahorses in what Peruvians said is the largest capture on record.

Four crew members were also detained and face up to five years in prison each.

Throughout the years, the sea creature has been illegally bought for use in Chinese medicine.

But concerns about declining populations have led many countries to implement export bans.

Authorities announced the latest operation Tuesday, September 30, and said the seahorses will be donated to investigative centers and local universities for research. (AP)