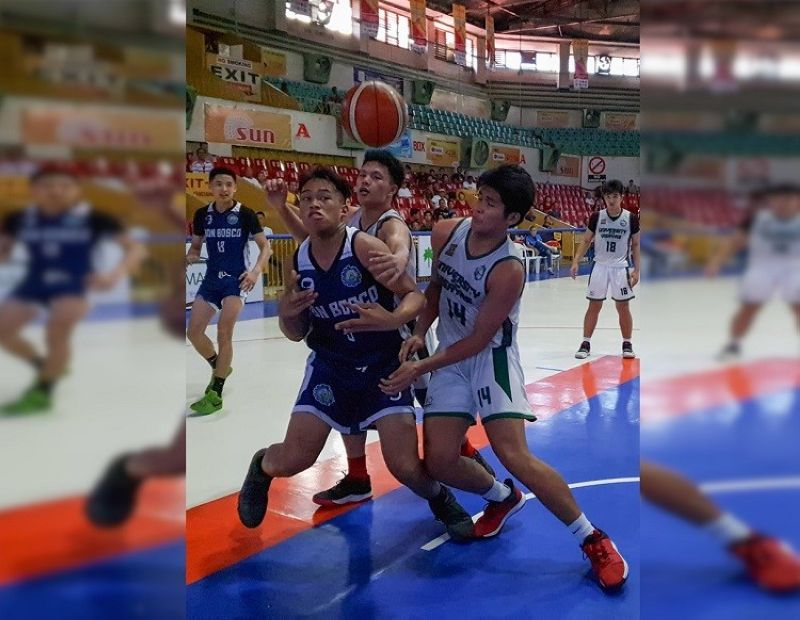 Players from Don Bosco and UV clash in their pursuit of the loose ball. (Photo by Arni Aclao)

THE Don Bosco Greywolves had themselves one fine Sunday as they upset the mighty University of the Visayas (UV) Baby Lancers, 67-61, in the 2019 Cebu Schools Athletic Foundation Inc. (Cesafi) high school basketball tournament at the Cebu Coliseum Sunday, October 6, 2019.

Jose Zaldy Dizon led the Greywolves in scoring as he fired in 17 points to go with three assists, which proved critical in helping Don Bosco improve its win-loss record to 4-3.

Forward Dean Barrera flirted with a double-double with his 12 points and eight rebounds while point guard Jayson Almero orchestrated Don Bosco’s offense with absolute precision, dishing out seven assists to go with his five rebounds and four points.

UV, on the other hand, saw their four-game winning streak come to and end, to place their record at 4-2. Fritz Banzon and Albert Sacayan each had 13 points but the latter struggled to find his shot, finishing the game with a 5-of-17 shooting clip. (SunStar Cebu)