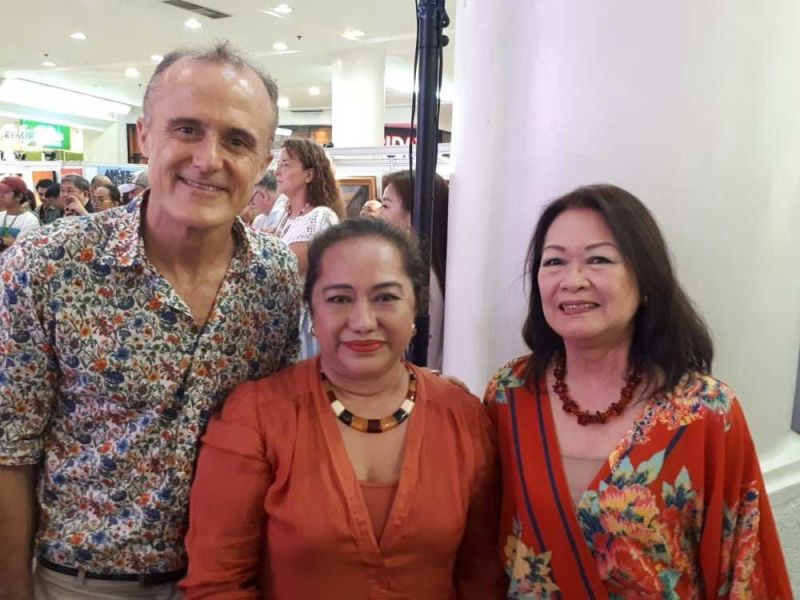 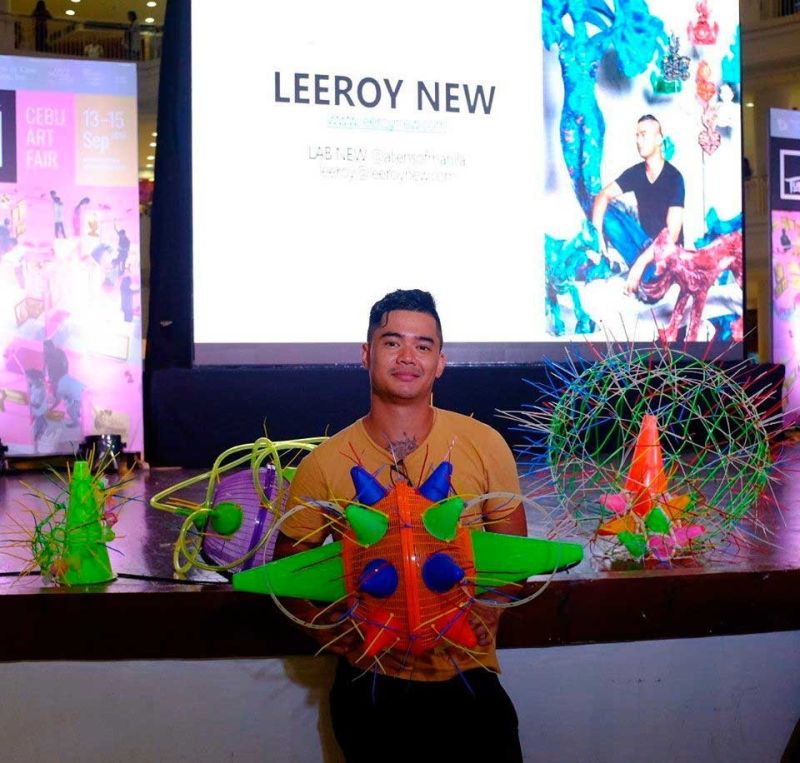 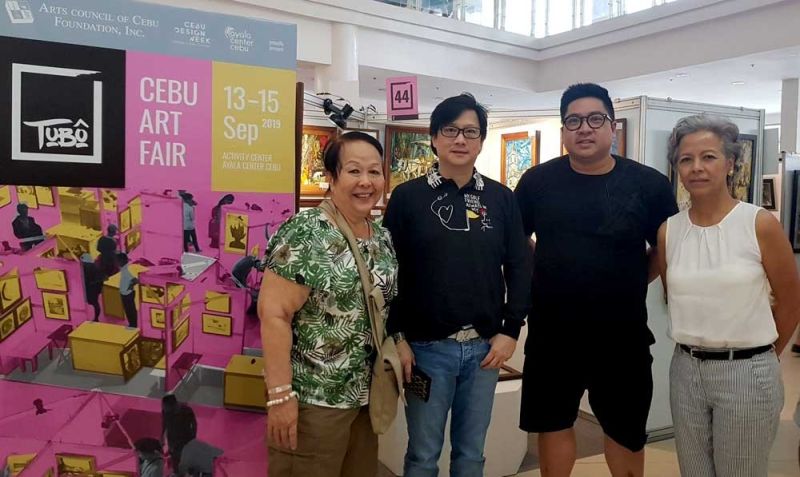 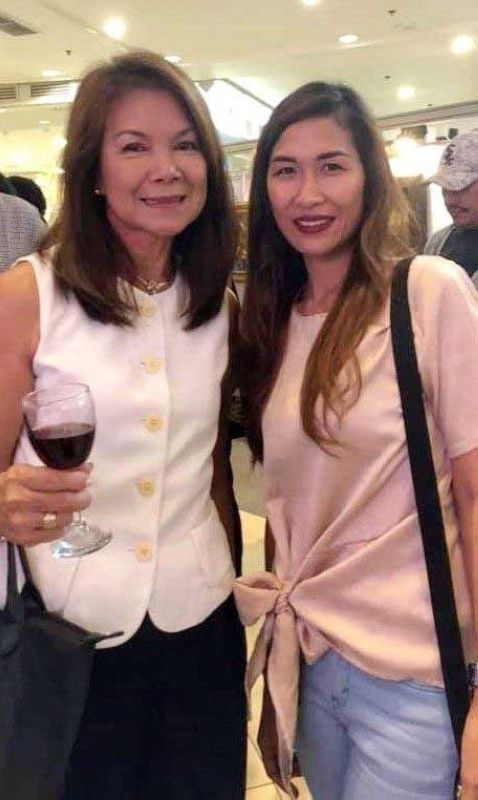 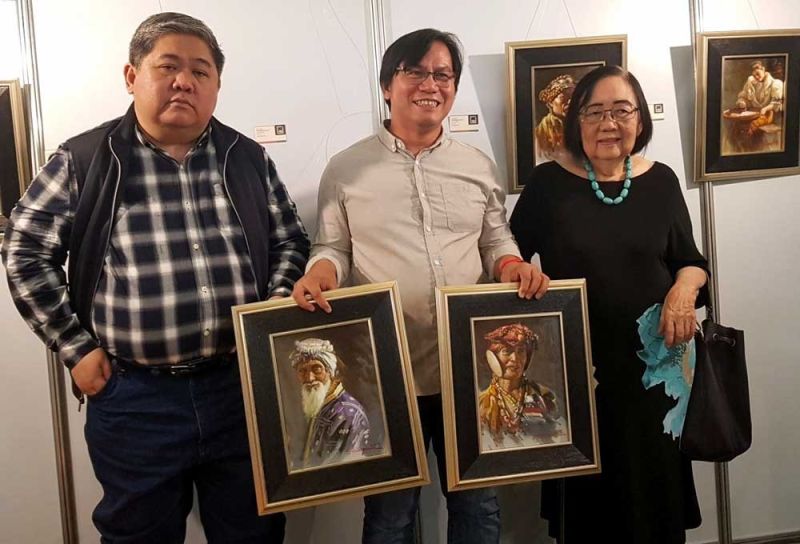 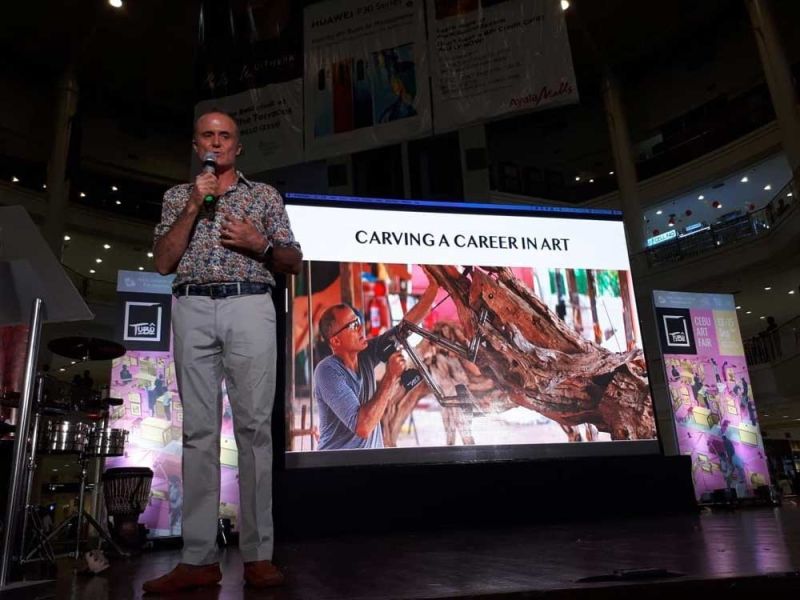 CARVING A CAREER In Art by James Doran-Webb

Now on its second year, the art fair attracted hundreds of artists and enthusiasts alike, with its aim to promote appreciation of the talented local artists and nurture a growing community of art collectors. Set up in gallery-type displays, the event began with a one-hour preview of a film presented by BINISAYA Movement with Cine Oriente and University of San Carlos Cinema entitled “Eksena Sa Lilas Sinebuanos” (Scenes of Cebuano Cinema).

Internationally acclaimed sculptor James Doran-Webb also gave an entertaining and insightful 45-minute talk entitled, “Carving a Career in Art.” Creating a masterpiece, James had installed two such pieces within The Terraces of Ayala for the Tubô Art Fair—A Shiver of Sharks and Flight, an installation of three jumping dolphins.

This year featured 194 artists (last year’s was just 50). Artworks were auctioned off for charity. The program host, Jude Bacalso, engaged everyone’s interest as piece prices reached its mark before considered sold to the lucky bidder! Supporting the art industry, the project’s proceeds will fund various programs to help develop visual arts in the community. An astounding success from all aspects, cocktails followed short after and the three-day art fair was officially opened!