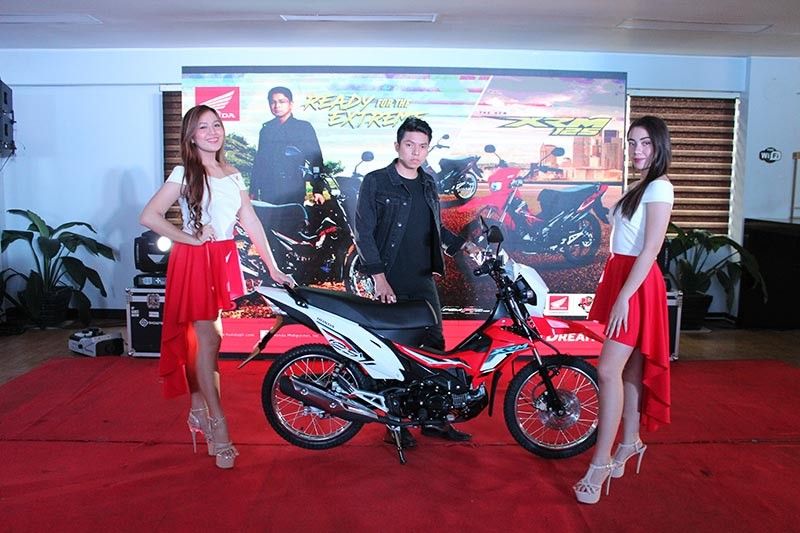 Jude John H. Lagahit, Honda Philippines section manager for motorcycle sales in Mindanao, told SunStar in an interview on September 15, 2019 that the enhanced version of the Honda XRM125 has been designed to cope with the different road conditions in the Philippines.

"As a sole Filipino model, it was built for on and off road... Not all Philippine roads are paved, you can use for both smooth and rough roads," Lagahit said.

He said the motor is versatile enough to cater to the needs of its users, whether it will be used for daily commute or for leisurely drives.

In a statement, Honda Philippines said "the New Honda XRM125 Fi features a 4-stroke, air-cooled, overhead cam engine and a 124.89cc displacement. It features both an electric and kick-starting system in one for more options as well as a semi-manual transmission type gear shift."

Lagahit said in a nutshell, the New Honda XRM125 is a balance between power and fuel efficiency.

"The new Honda XRM125 Fi is one of the many ways we bring the joy of riding for those who wants to escape the daily challenges of traffic and for those who longs for a more extreme ride both in urban or rural roads," Susumu Mitsuishi, president of Honda Philippines, Inc., said in a statement.

Lagahit added, "What we are aiming for [is] we are looking to address the need of the customers in terms of versatility. XRM125 Fi is not only known for being a dual sports model but also we could position it as well for urban use."

He said since they launched the XRM125 model in 2002, it has been a top performer in the Philippine market. With the XRM125 Fi, Honda is optimistic that it will also grow in the market just like its predecessor.

"The market is expanding and we would like to grow the XRM125 Fi with how the market is also expanding," Lagahit said.