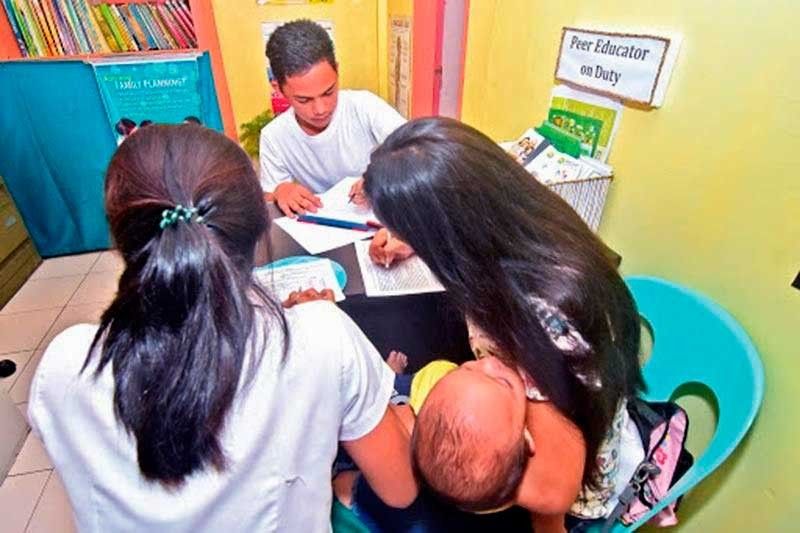 NEGOTIATING SEX. To prevent unplanned pregnancy and the spread of sexually transmitted infections, the government and the civil society must suspend judgment and reach out to young people to help them in making choices and negotiating the slippery terrain of sex and reproductive health. (File Foto)

A GOVERNMENT official’s proposal to segregate Grades 7-12 male students from the females was criticized by a member of the Roman Catholic hierarchy for failing to consider research data establishing the causes behind the rise of unplanned pregnancies and sexually transmitted infections (STIs) among the youth.

Reacting to the recent proposal of the National Youth Commission (NYC) chairman Ryan Enriquez to split boys from girls in classes from Grades 7 to 12 to prevent teen pregnancies and the spread of STI, Nueva Ecija Bishop Roberto Mallari pointed out that the measure disregards the data gathered by government agencies profiling the behavior of Filipino youths on sex and other intimate relations.

Mallari chairs the Catholic Bishops’ Conference of the Philippines’s Episcopal Commission on Catechesis and Catholic Education of the (CBCP-ECCCE).

Sex segregation mistakenly presumes that the sex ascribed to a person at birth is also a person’s gender preference. Putting all boys or all girls in a class ignores that members of the Lesbian, Gay, Bisexual, Transgender, Queer, Intersex, and Asexual (LGBTQIA) community defy traditional binary distinctions that recognize only male and female heterosexuals.

Nearly 60 percent of new cases diagnosed with the Human Immunodeficiency Virus (HIV) is transmitted by males having sex with other males (MSMs), according to recent data from the Department of Health (DOH).

Only 13 percent of these new HIV cases resulted from intercourse with male or female partners, disclosed the DOH.

The CBCP official’s counter-proposal to the NYC’s class segregation promotes more engagements between the youth and adult guardians like community and church leaders to address the root causes of these social problems.

Mallari recommended that these youth encounters should be part of the academic curricula and community programs that address the “culture of indifference and value degradation” at the root of unplanned teen pregnancies and the spread of STIs, the Philippine News Agency (PNA) reported on Oct. 5.

Yet, to reach a broader segment of the Filipino youth that is neither Catholic nor religious, the government and the civil society must adopt an approach that does not frame the youth’s choices in reproductive health only within the confines of Catholic dogma.

Proposals suggesting teens abstain from sex or condemning homosexuality or commercial sex are cultural forms of segregation and stigmatization, which are even more insidiously coercive at segregating young people between the virtuous and the problematic, the proper and the deviant.

As important as the Catholic and Christian initiatives to initiate value formation or reorientation among youthful believers and followers, other participants from civil society are also needed to share the stake in closing the gap between information and assumptions that cause many youths to make choices and adopt behaviors that make them vulnerable to unplanned pregnancy and STIs.

Adult and peer mentors are needed to keep open and free from judgment discussions involving the youth on reproductive health, such as having safe sex, negotiating with multiple or online sexual partners, or entering arrangements involving commercial sex.

Based on the 2017 Annual Poverty Indicator Survey, 57 percent of female students dropped out from studying due to early marriage or unplanned pregnancy.

The same PNA report mentioned that 6,000 persons testing positive for HIV were involved in commercial sex.

Male partners dominate their female partners’ choices and practice of unsafe sex and other behaviors that make the latter vulnerable to unplanned pregnancy or STIs.

The loss of educational opportunities and earning potentials suffered by young women forced to drop out of school emphasizes the need for a gender-sensitive and women-empowering approach to classroom education and off-campus engagements touching on sex and other related areas of reproductive health.