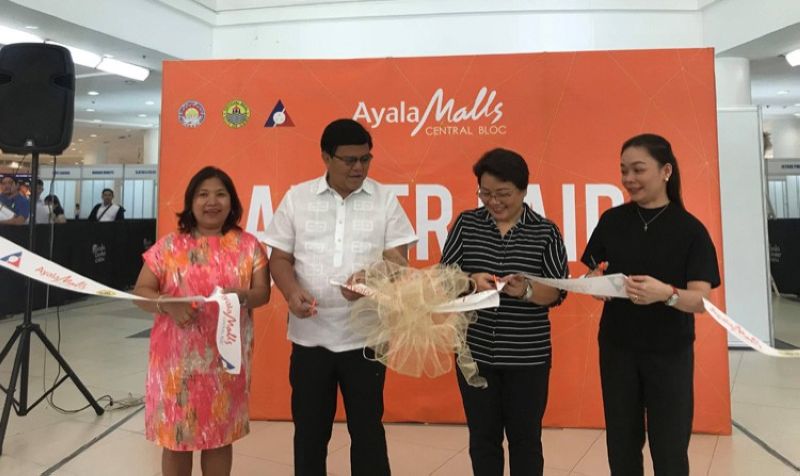 AS IT prepares for its opening this year, Ayala Malls Central Bloc is holding a two-day jobs fair where more than a thousand jobs are up for grabs.

Ayala Malls Central Bloc is the fifth regional mall in the Visayas and Mindanao. The five-level retail shopping is located in Cebu IT Park.

There are 22 job vacancies for Ayala Malls alone, which are mostly admin and operations work. Store locators looking for employees are Metro Supermarket, Leylam Shawarma, Rose Pharmacy, Ayer’s Lechon, Ding How, Bench and Aerophone, among others.

Cebu City Mayor Edgardo Labella urged the merchants to prioritize hiring Cebuanos. He is confident more applicants from Cebu and neighboring islands can land jobs here on the back of Cebu’s progressive stature.

Bong Dy, general manager of Ayala Center Cebu said they expect at least 100 merchants that will open simultaneously with the mall.

“There’s a lot of things to expect in our new mall. We have a lot of specialty stores opening,” said Clavel Tongco, Ayala Malls VisMin head, adding that they are just waiting for the merchants to complete their store construction works.

In earlier interviews, Cebu Holdings Inc. president Aniceto Bisnar Jr. said they are scheduled to open the mall and the first of two office towers of Central Bloc by the fourth quarter of 2019 while another 214-room Seda Hotel will open in early 2020.

The Central Bloc development will have 45,000 square meters of retail gross leasable area (GLA) and an office GLA of 72,000 sq.m. (SunStar Cebu)