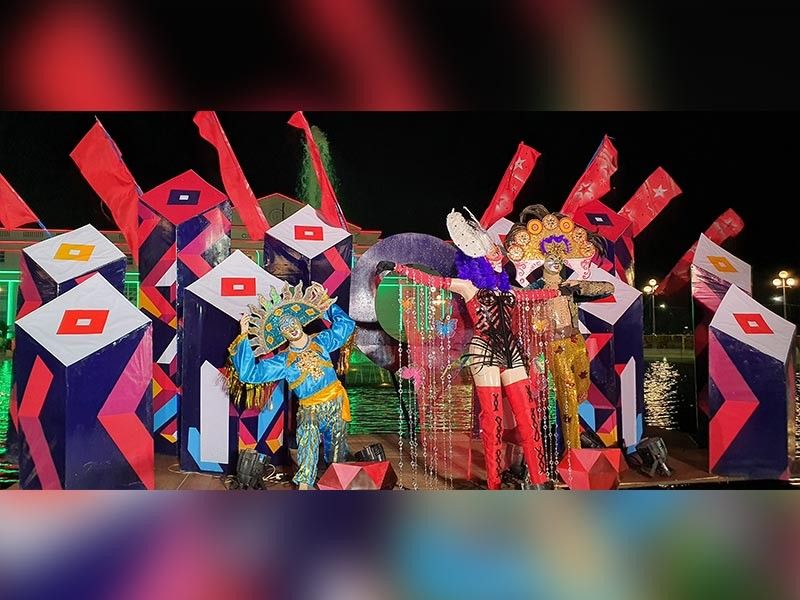 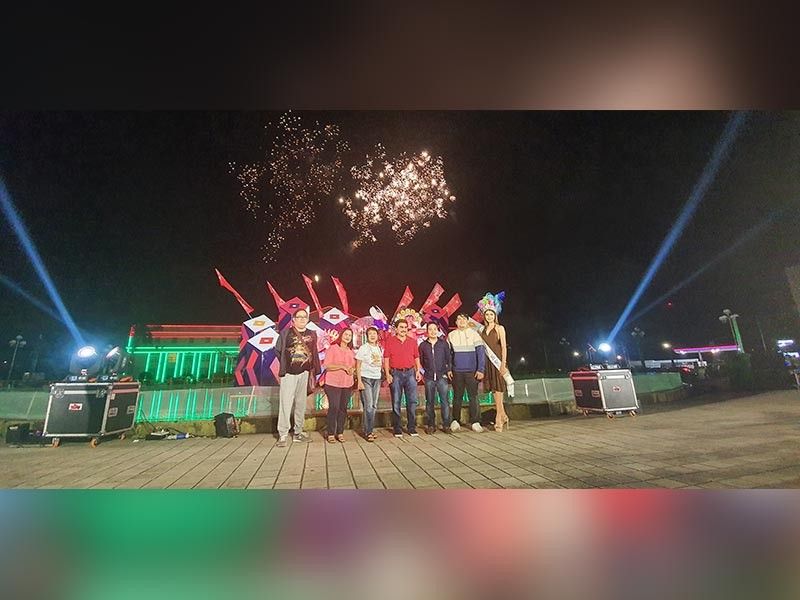 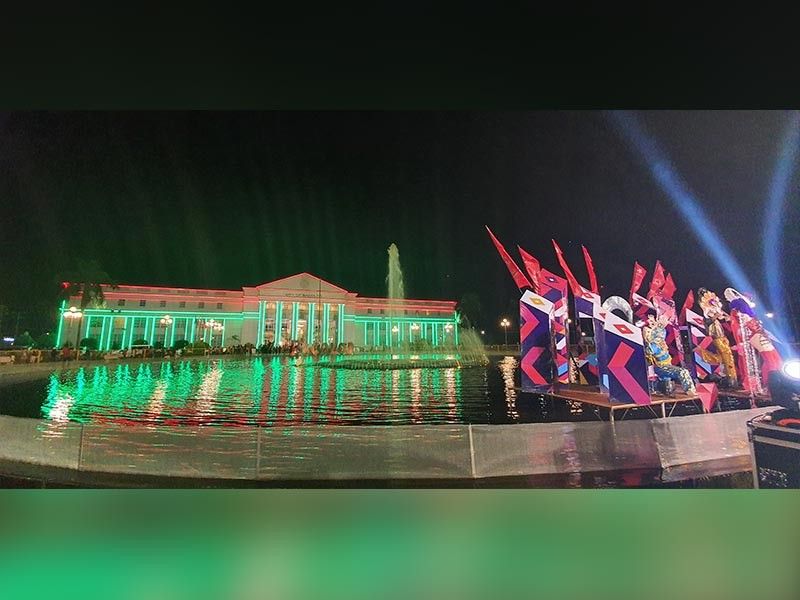 The art installation can be seen at the Bacolod Government Center (BCG) fountain area with the BCG as its background.

The mayor congratulated the artists of Bacolod City represented by RJ Lacson.

"They are considered as unsung heroes as they give festive color to our very own festival," Leonardia said.

"The Ruby Edition: Looking back and moving forward" is the 2019 MassKara Festival installation of RJ Lacson, a photographer, filmmaker, and production designer.

"It's an anniversary-themed tableau presented as a zeitgeist of the moment in creativity and aesthetics inspired from 40 years of the MassKara Festival seen from the native of the city's point of view," Tajanlangit said.

"The idea came when I was given the challenge to come up with a ruby MassKara-themed fountain installation that would best showcase a celebration of history and today," he added.

The installation depicts three dancers moving in different actions and wearing costumes that are a mix of haute couture and seasoned patterns and designs.

The dancers represent the street dance that is one of festival's highlights.

According to Lacson, the installation is a series of statements in the 40 years of the festival that has tried to define what MassKara is.

It will give a glimpse on how the festival, for the past forty years, has showcased different artists and choreographers that gave the event its sensibilities and uniqueness.

"These designers, along with the others contributing their work, exemplify aspects of MassKara in their design, putting theatricality, irony, and humor on the checkered flooring of Bacolod's public plaza," he said.