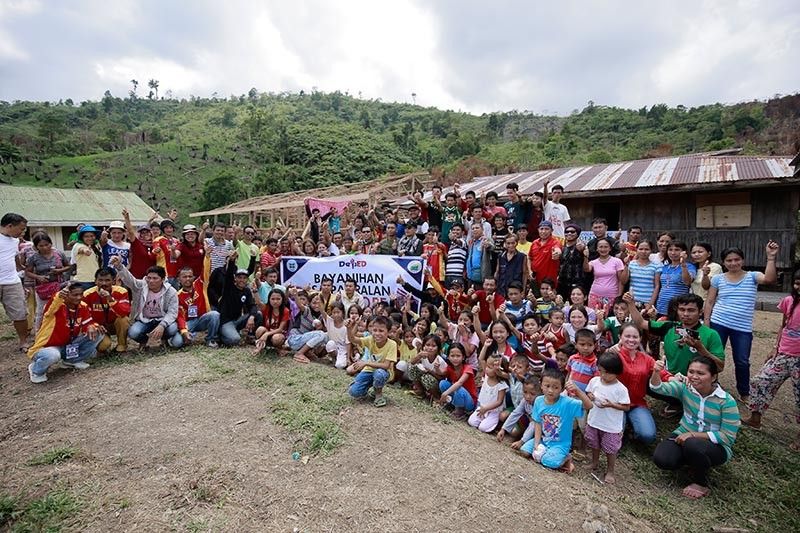 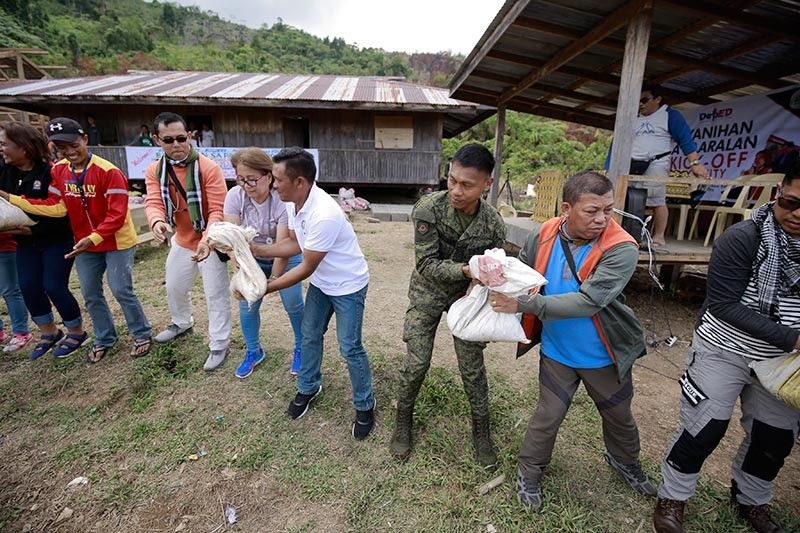 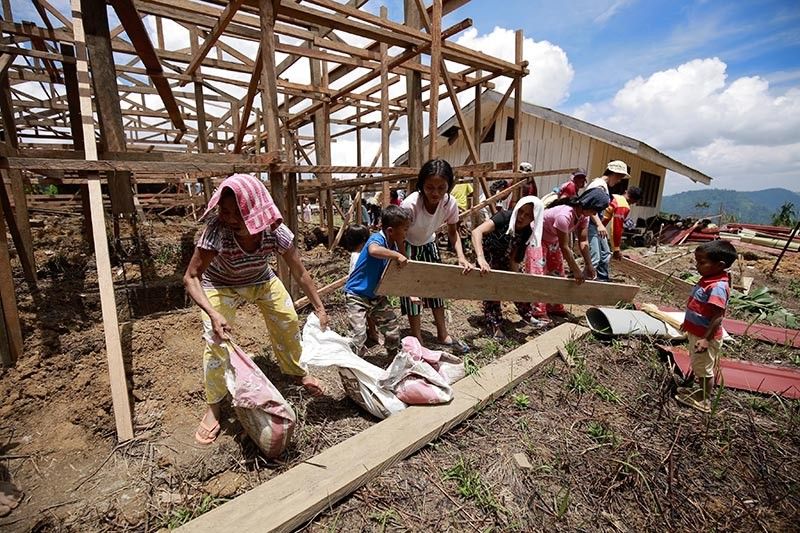 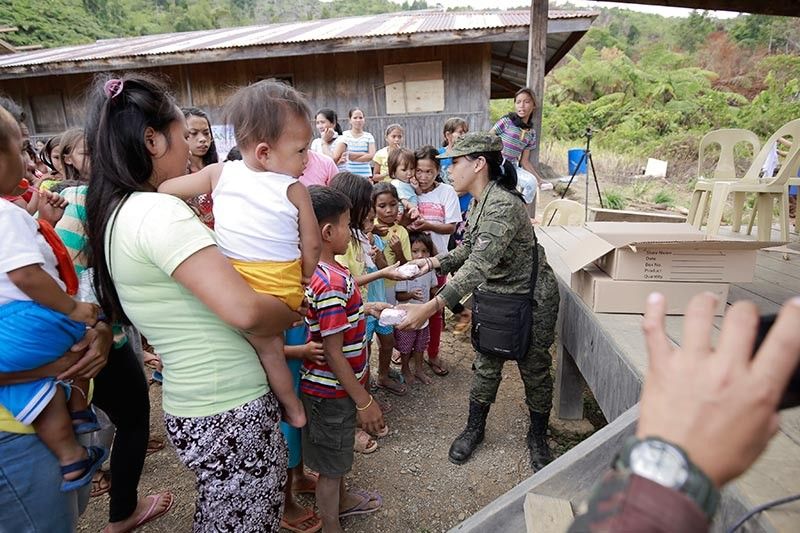 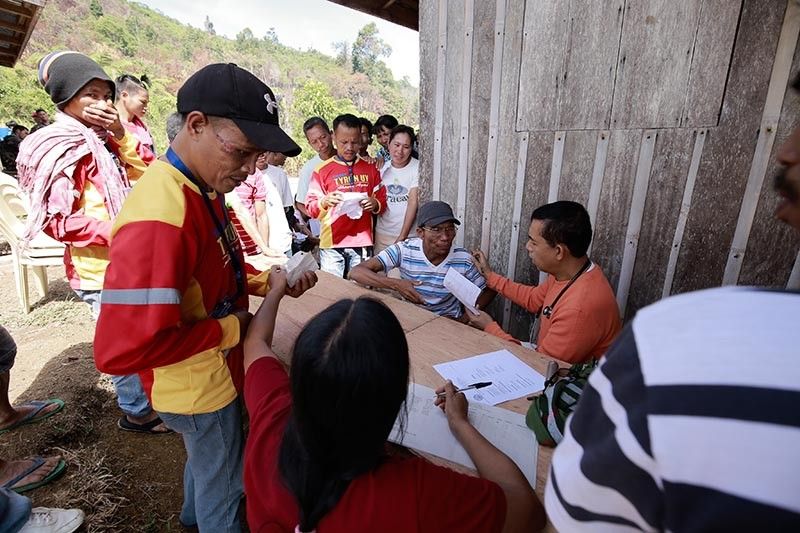 MAYA, an eight-year-old girl, sat beside her father. Her attention was focused on the man speaking before a crowd then wandered to other officials sitting on the stage. Her attention was cut off when an army gave her a lollipop and some candies she shyly accepted upon her mother's prodding.

Maya is among the estimated 40 children living in the remote area of Sitio Danawan, Barangay Manurigao in New Bataan. With Manurigao identified as a geographically isolated and disadvantaged area (Gida) in the province, the sitio is the farthest of the barangay already bordering Davao Oriental Province. It has about 28 families with an estimated population of 144 Mandaya community who subsists mainly on farming such as corn, sweet potato and abaca.

Reaching Danawan is not an easy feat. One has to walk nine kilometers to reach Sitio Biyangunan where single motorcycles for hire will transport you to the town center in New Bataan for P1, 000 per head, one way.

On September 29, 2019, the Provincial Government led the peace-building initiative where a kick-off ceremony was held for the "Bayanihan sa Paaralan" program for the construction of a one-unit, two-classroom building. The program was attended by Lieutenant Colonel Roman Mabborang, 66th Infantry Battalion Commander Mayor Geraldford Balbin, Board Member Raul Timogtimog representing Governor Tyron Uy, and Department of Education Compostela Valley Ruben Reponte, along with other provincial and local officials.

Due to the remoteness and difficulty in hauling the materials, the bayanihan build in Sitio Danawan took a week before it commenced construction. While the rest of the other four school sites in the identified Gidas and conflict-affected areas (CAA) kicked off the build simultaneously on September 20, 2019. These are Side 4, Barangay Mangayon, and P-3, Barangay Panansalan, both in Compostela; P-3, Barangay Pagsabangan in New Bataan; and Sitio Sapanglubog, Barangay Tibagon in Pantukan.

In each of these sites, the different offices of the Provincial Government take the lead in the management of the bayanihan build. They are partnered with the municipal and barangay local government units, Department of Education-Compostela Valley, the Philippine Army, private partners, among others.

Bringing government closer to the people

Such was the awe of Maya and probably even to the rest of the community. With this, it is an uncommon sight to see new faces, witness the program and even watch movies projected on wide screen at night. Much more, witness helicopters landing and taking off in their area.

Hopes for a brighter future

Situated on a higher ground, the community with its colored houses, courtesy from the government's "Pabahay program," looks picturesque amidst the vast mountain ranges surrounding it. In the afternoon, the kids' laughter echoed in the quiet surrounding while the youth played basketball and some volleyball as their way of entertainment as the place has no electricity.

"Gusto na kaayo ko mo-eskuwela para mag-maestra nako pagdaku (I really wanted to go to school so I can become a teacher when I grow up)," Maya, who has already shown a flair in volleyball, replied after being asked what she wanted to be when she grow up.

The following morning, Maya, whose timidity has lessened having warmed up to her since the other day, was there to send the team off on a chopper, a UH1 Huey military aircraft, back home. She smiled, her eyes hopeful as she waved goodbye to the departing group, her mother protectively covering her from the strong wind that the chopper's propeller has made. (PR)