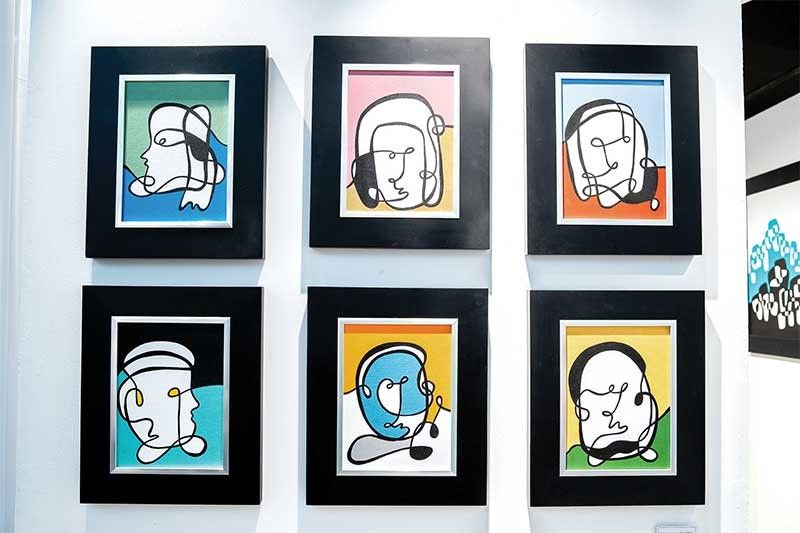 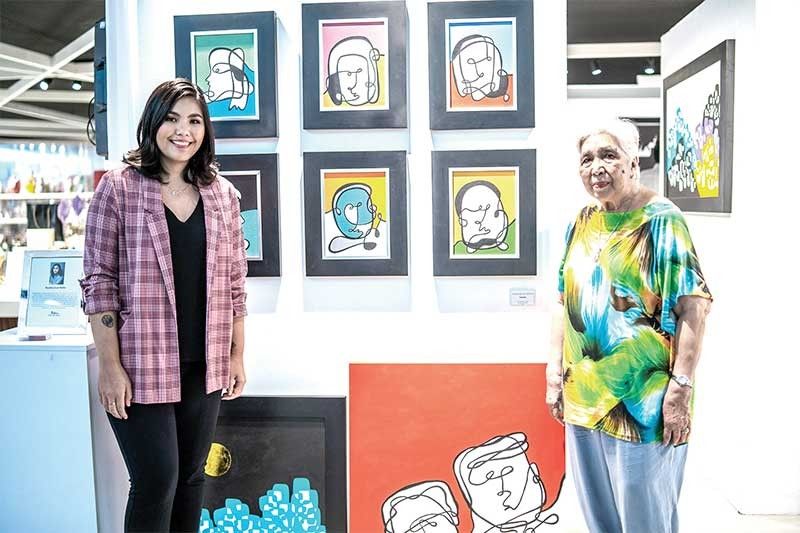 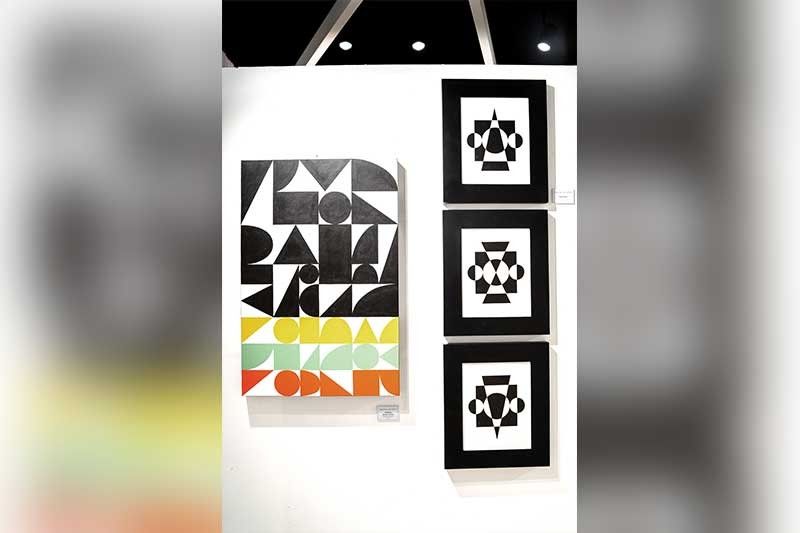 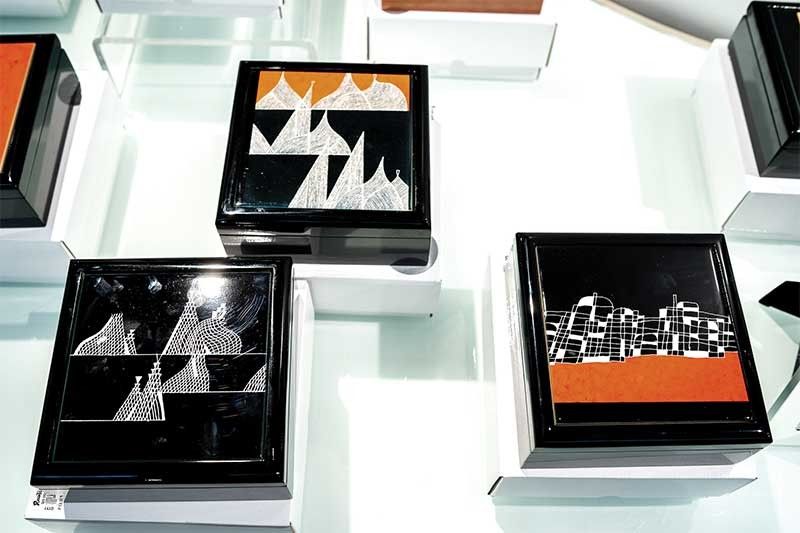 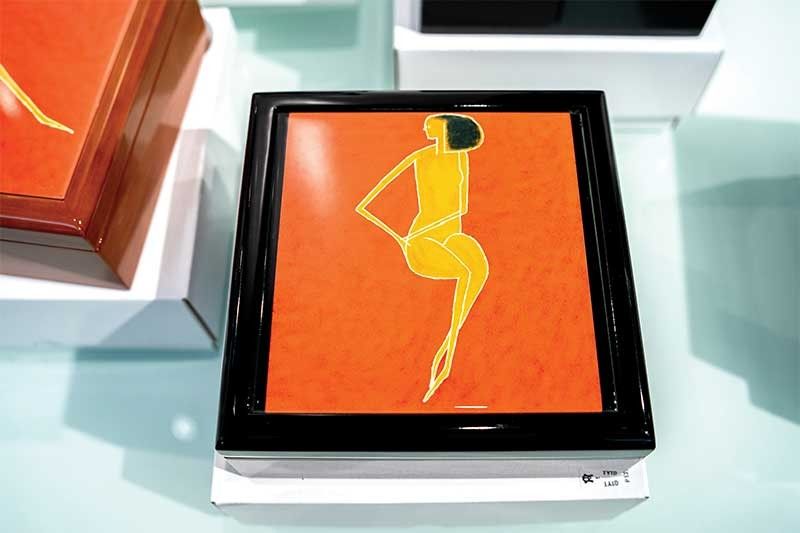 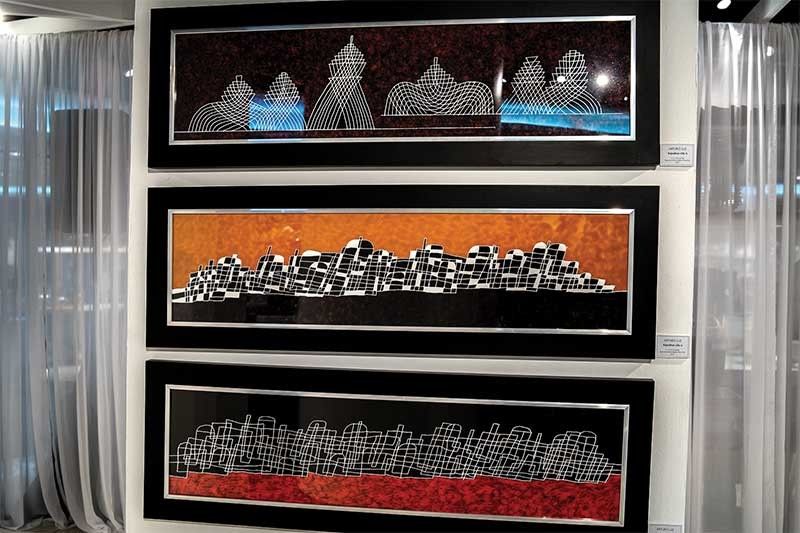 ONGOING at the third level of Rustan’s is “Rustan’s for the Arts 2019: Unveiling a Generation of Art,” featuring the abstract works of National Artist for the Visual Arts Arturo Luz, and his granddaughter Paulina Luz Sotto.

Arturo is, according to the exhibit handout, “ a printmaker, sculptor, designer and founding member of the modern Neo-Realist school of the Philippine art. Influenced by Modernist painters such as Paul Klee, he has worked in a variety of styles and techniques in varying degrees of abstraction, creating playful geometric figures and forms.” Now in his 90s (he was born in 1926), he mostly stays in his room, according to his granddaughter Paulina, who was in Cebu for the opening of the exhibit.

Both Arturo and Paulina are abstract artists, with the works in the exhibit something like a study of contrasts: Arturo’s art comes out as formal, geometric; Paulina’s is free-wheeling, young.

One day, she recounted, perhaps for nothing better to do, she took a paint brush and doodled on an empty canvas. The result pleased her, as it did others who wanted to buy the result—her painting! Even her grandfather was pleased and surprised at the result: surprised because she had never shown a propensity for painting. With people wanting to buy her works, Paulina’s career as artist/painter began.

Paulina describes her painting technique as a result of only one line going a particular way or that as her mind works—how she feels—which directs where the line goes. Even if the viewer thinks there are several lines in the painting, Paulina said it’s really basically only one line which she fills up with color when she’s done. There’s usually no thought of painting something other than how she feels; Where her paintbrush line would go.

Asked if she took painting lessons after she discovered she could paint, she said no. She would like to think she learned painting “through osmosis”...with her grandfather’s paintings all around the house where she grew up.

“Unveiling a Generation of Art” is Rustan’s for the Arts way of championing “Filipino artistry by communicating beauty of art and fine taste to a wider audience,” and Cebu’s art scene is made livelier by this company’s thrust.