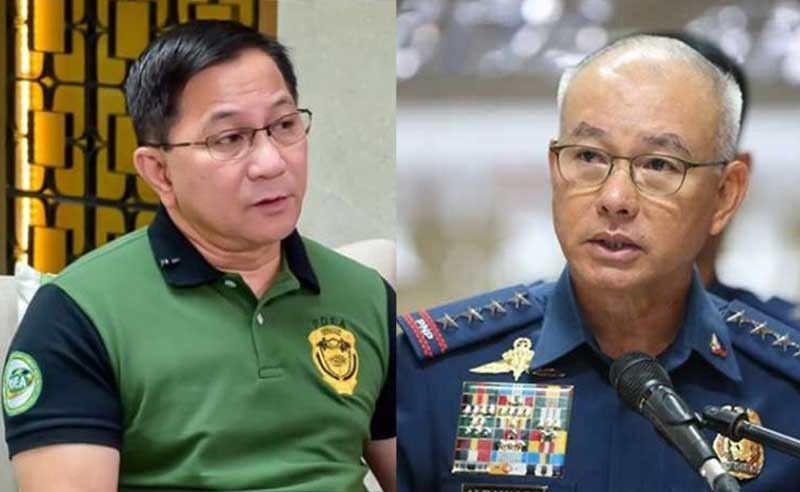 PHILIPPINE National Police (PNP) Chief Oscar Albayalde said on Monday, October 7, that he has ordered the restoration of the police security team for Philippine Drug Enforcement Agency (PDEA) Director General Aaron Aquino following the latter's claim that he has been receiving death threats.

"I directed to temporarily bring back his (Aquino) police escorts because he said that he and his family are under threat," said Albayalde.

"For the love of country and for being a professional soldier like me, I ordered the return of his escorts," he added.

Last week, Aquino said the PNP recalled his 15 police security escorts after he appeared before the Senate and revealed Albayalde's alleged intervention in the dismissal of 13 ninja cops.

Ninja cops are police officers who recycle or sell illegal drugs confiscated during their operations.

The PNP earlier said the 15 police officers assigned as security team for Aquino cops, all members of the Central Luzon Regional Mobile Force Battalion, were recalled as they will be deployed during the Southeast Asian (SEA) Games in November.

During a Senate hearing on ninja cops on Thursday, Aquino and former Criminal Investigation and Detection Group (CIDG) and now Baguio City Mayor Benjamin Magalong said they have both received threats after their revelations in the Senate.

Albayalde said the PNP can also provide Magalong police escorts if he will request for it.

"Now for Mayor Magalong, if he needs a permanent or a regular security then he can always write us or always even direct yung kanyang request directly to me so that he will be given a permanent security. He is entitled to that," he said.

It was Aquino who disclosed that Albayalde had called him up and requested that he hold the implementation of the dismissal order against the 13 Pampanga cops.

Albayalde was the police chief of Pampanga when the 13 cops conducted an anti-illegal drugs operation and declared that they confiscated more than 36 kilograms of methamphetamine hydrochloride (shabu).

Investigation later showed that more than 200 kilograms of shabu were seized.

Magalong, on the other hand, was the one who revealed the irregularities in the anti-drug operations conducted by Albayalde’s men in 2013. (SunStar Philippines)