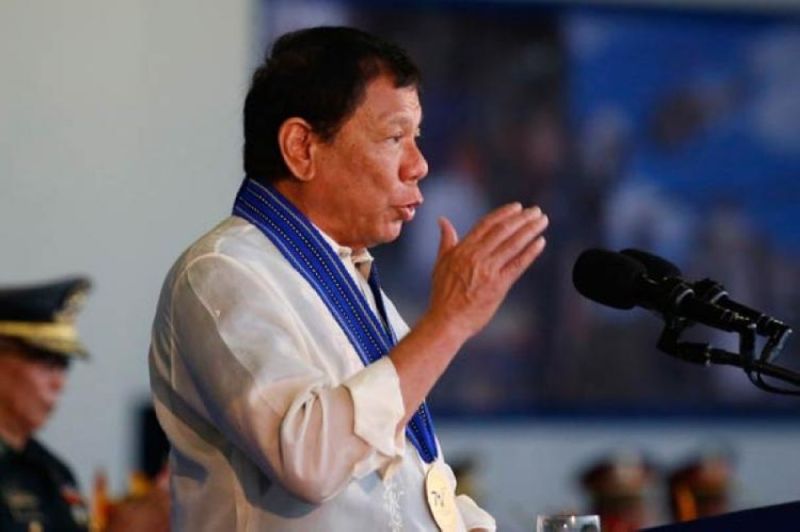 PRESIDENT Rodrigo Duterte is in the pink of health, despite his latest revelation that he has a chronic neuromuscular disease, Malacañang said on Monday, October 7.

Speaking before the Filipino community in Moscow on Saturday, October 5, Duterte said he has myasthenia gravis, a health condition he described as a “nerve malfunction.”

Duterte told his audience that he wanted to have eye contact with a woman who performed during his meeting with Filipinos in Russia, but he could not because his eyes “go everywhere.”

Myasthenia gravis is a chronic autoimmune neuromuscular disease that causes weakness in the skeletal muscles that are responsible for breathing and moving parts of the body, including the arms and legs, based on the definition provided by the United States National Institute of Neurological Diseases and Stroke.

Although there is no known cure, the disease can be controlled through available treatments.

Duterte was in Russia for a five-day official visit and returned to the Philippines on Sunday, October 6.

Panelo said the President was “well” when he met with the media upon his arrival in Davao City on Sunday.

“He (Duterte) was well when he met the reporters. He was up and about,” the Palace official said.

Duterte has been transparent about his health.

In his previous speeches, the 74-year-old Chief Executive admitted that he has Barrett’s esophagus, a condition in which the esophagus changes, and Buerger’s disease, a rare disease of the arteries and veins in the arms and legs.

He also divulged that he is battling chronic back pains and migraines. (SunStar Philippines)