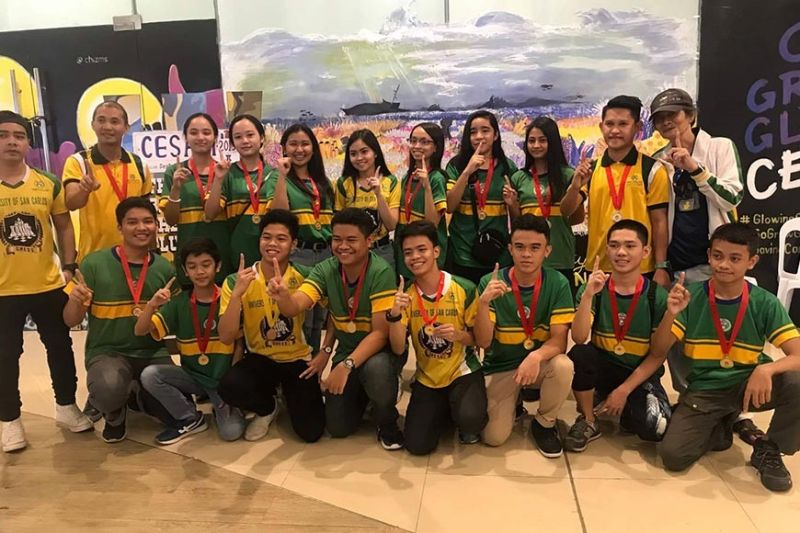 STILL THE CHAMPION. The University of San Carlos-Basic Education Department extended its dominance of the high school division. (Contributed photo)

THE University of San Carlos (USC) posted a clean sweep in the Cebu Schools Athletic Foundation Inc. (Cesafi) chess competition, which concluded on Sunday, Oct. 6, 2019, at the Robinsons Galleria-Cebu.

USC’s chess wizards captured the men’s and women’s titles in the college division and also won the boys’ and girls’ crowns in the secondary class.

This was the first time that USC won the men’s division in recent years after dominating the other divisions in the past editions.

The USC men’s team garnered 16 points to sneak past Cebu Institute of Technology-University (CIT-U), which came up with 15.5 points good for second place. The University of San Jose-Recoletos (USJ-R) settled for third place with 15 points.

“The men’s division was previously dominated by USJ-R. As I can recall, this is the first time we got the men’s division in recent years,” said USC-Basic Education Department (USC-Bed) coach Felix Poloyapoy Jr.

USC’s women’s team scored 19.5 points to bag the crown over the University of Cebu (UC) Main and UC-Lapu-Lapu-Mandaue Campus (UCLM), which scored 14 and 10.5 points, respectively.

On the other hand, USC-Basic Education Department continued to dominate the secondary division.

USC-BED won the boys’ division with a total score of 17.5 points, beating USJ-R which had 16 points and UCLM which came up with 14 points. The members of the team are Arje and Jervy Villarin, Patrick Kir Morala, Vic Gyles Derotas, Jared Romeo Rollan and Jan Derek Rellosa.

Jervy also finished on top of the individual ranking with 5.0 points.

In the girls’ division, USC scored 18 points to win the crown in dominating fashion. USJ-R finished second with 13 points followed by UC Main with 9.5 points.

“The school was able to achieve this because of the dedication of the students and the support of the community. We did really make history,” he said.