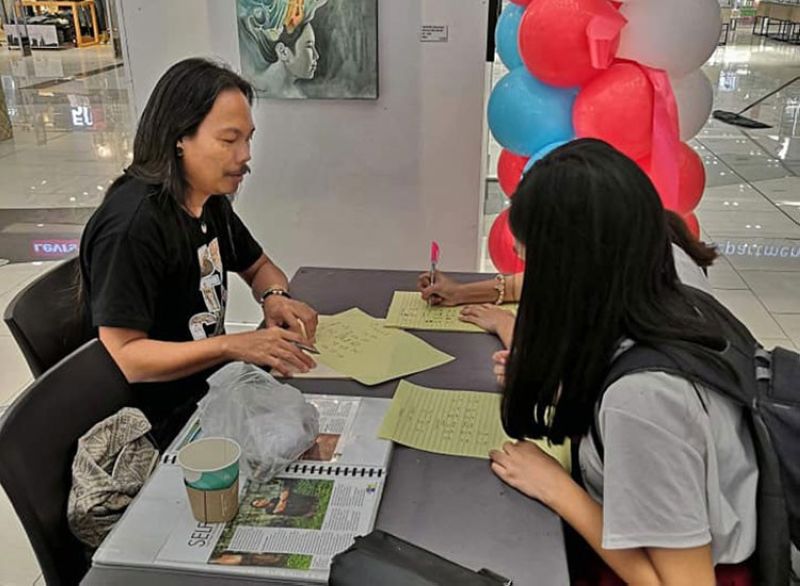 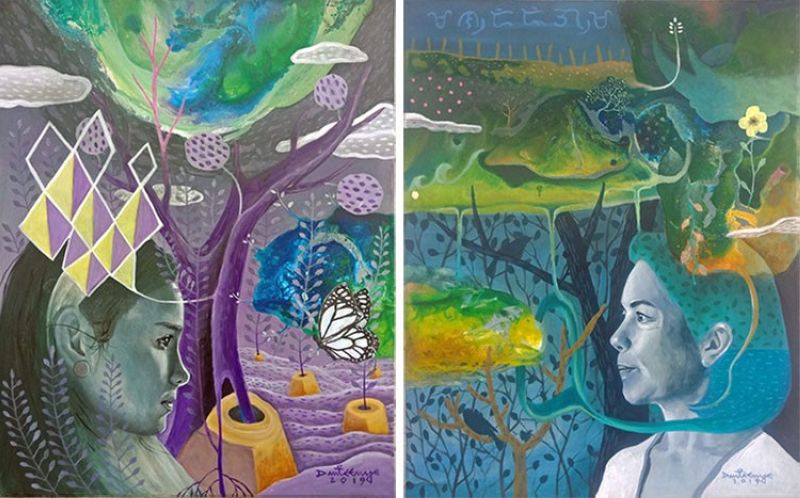 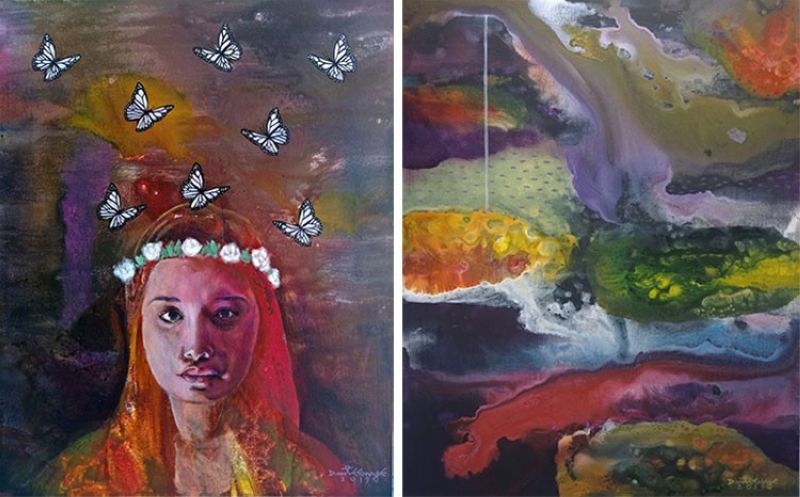 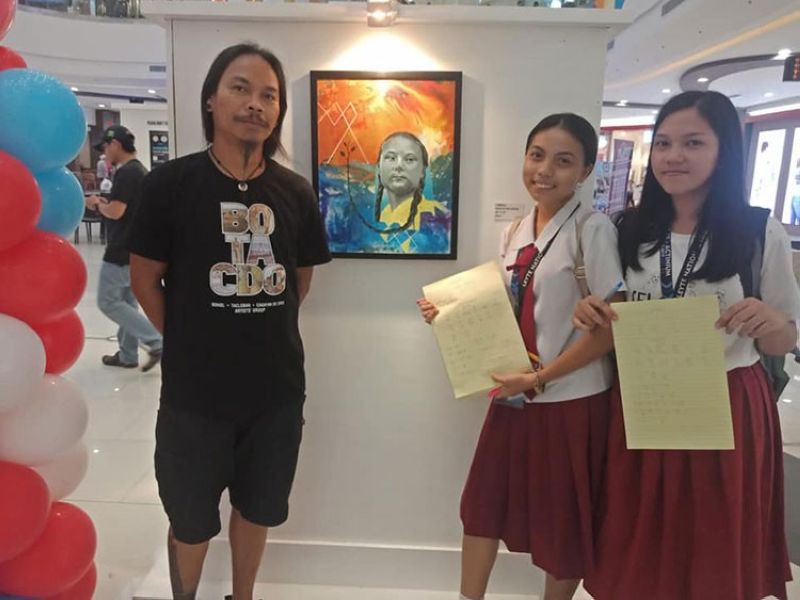 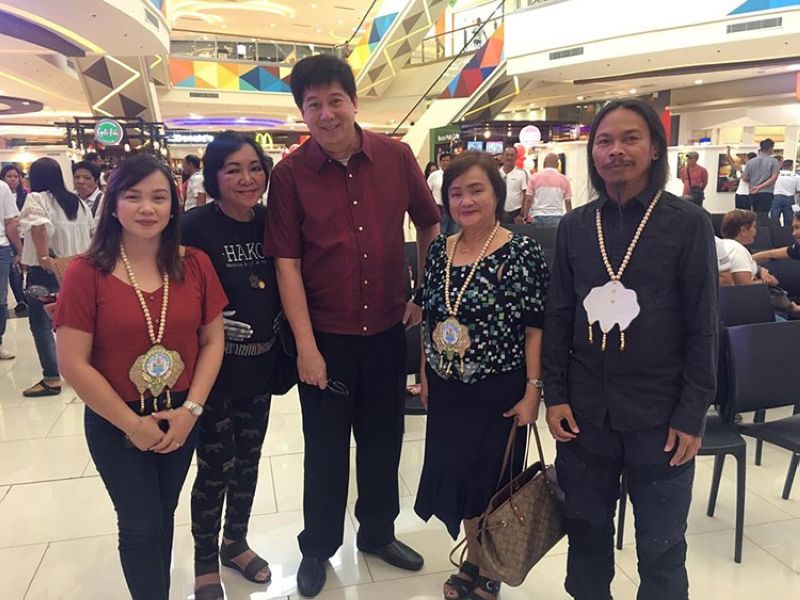 IN HIS 11th solo art exhibit, Tacloban City's quintessential artist, Dante Enage, urged the public to join him in his crusade toward protecting the planet.

Aptly named "Aghat," Enage's 23 paintings focus on "encouraging the self, the willing heart in art, to amplify its inner voice to the world that one can be a solution by educating people, radiating its wisdom and fervor manifested into immediate action in environment preservation."

Fellow musician and artist Tata De La Cruz said Enage's latest exhibit is "an aesthetical call of encouragement, a persuasion among the youth to epitomize the individual's intellection and passion demystified through art."

"An experimentation of figuratives and abstractions, the art of Dante Enage fires up its affinity on mental health, inner peace, its advocacy on climate justice, the growing movement on art-ivism... Aghat. A call for action. Because Dante Enage has been called upon. Now is your turn. Aghat," wrote De La Cruz.

Aside from the climate justice-themed artworks, Enage also highlighted in his exhibit the late philanthropist and environment advocate Gina Lopez.