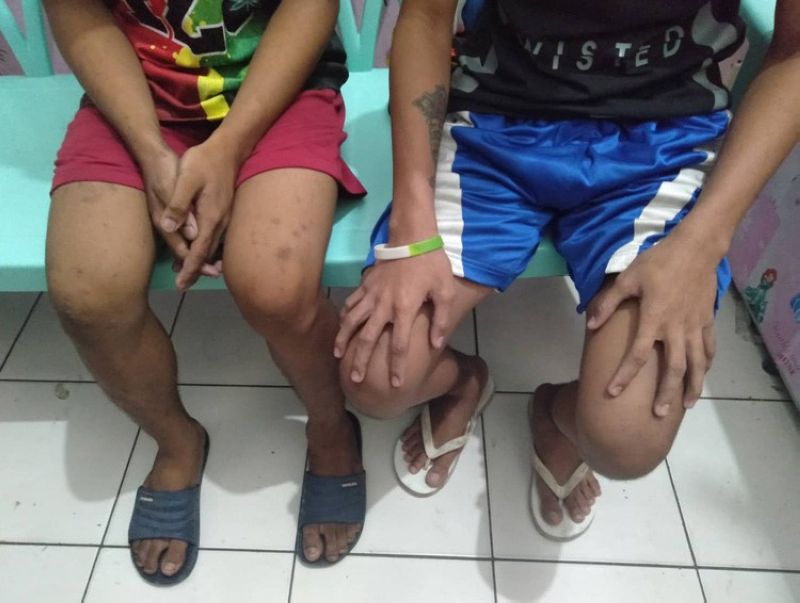 Another pair of teens who were among those who escaped from the Operation Second Chance in Barangay Kalunasan, Cebu City during the weekend had turned themselves in to the authorities on Monday afternoon, October 7, 2019. (SunStar foto/ Benjie B. Talisic)

ANOTHER pair of teens who were among those who escaped from the Operation Second Chance in Barangay Kalunasan, Cebu City during the weekend had turned themselves in to the authorities on Monday afternoon, October 7, 2019.

Following the surrender of six teens, only five Children in Conflict with the Law (CICL) who escaped from the facility are still at large.

But Marlon and Jerome (not their real names) claimed that they and their fellow CICLs decided to make a daring escape from the facility after they were reportedly suffered abuse from their "house parents" and police officers who work as security detail there.

Marlon, 17, told SunStar Cebu that he and his fellow CICLs started hatching a plan to escape from the facility after their house parents would reportedly physically abuse them whenever one of their own commits a mistake.

"Before we were being treated like their children. Now, we are more like prisoners to them," Marlon said, in Cebuano.

Aside from their house parents, even police officers who were assigned to secure them were also participating in physically abusing them.

He claimed the house parents and police officers would take turns using an arnis stick or a wet blanket tied into a knot and beat their legs as a way to discipline them.

Jerome, for his part, had no plans of escaping the Operation Second Chance but changed his mind out of fear that he could be punished for a mistake he didn't commit.

"Even if one person commits the mistake, all of us suffer his or her punishment," Jerome added.

Both teenagers were hiding out with their parents since Saturday night but decided to turned themselves in for fear that their relatives might be harassed by the authorities.

Marlon said his mother convinced him to surrender because he didn't his family to suffer his fate.

Now that they are back in detention, Marlon and Jerome are hoping that their house parents would treat them better.

But after personally talking to the CICLs, Vinluan said she also plans to increase their morale by providing them with chessboards to play with in their spare time.

Vinluan is also convincing a well-known fastfood chain in Cebu to provide the CICLs with food and drinks as a way to alleviate the stress of being detained at the facility.(FROM BBT/AYB OF SUPERBALITA CEBU/JKV)