Bzzzzz: Abellanosa grooming son as his successor? Digong to 'skin the corrupt alive' 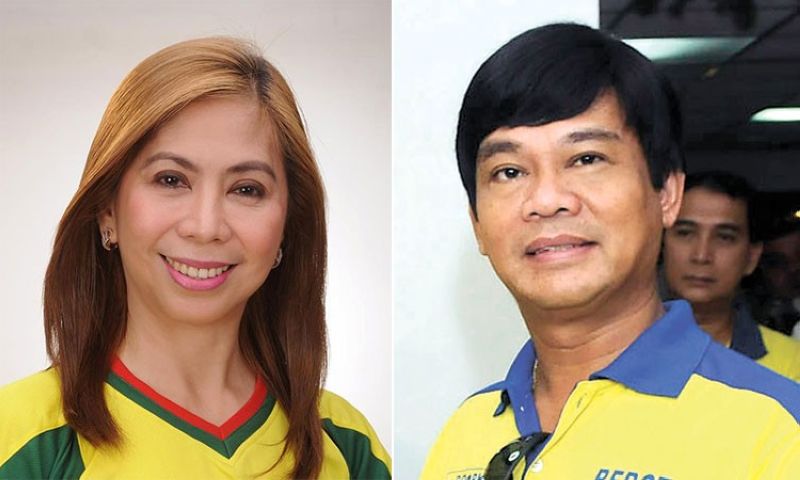 [1] BEBOT ABELLANOSA'S SUCCESSOR. Representative Rodrigo Abellanosa of Cebu City south district is said to be grooming a son to run for the seat he will vacate when he completes his third consecutive term in 2022.

Who among his children? A son, BG Abellanosa, graduated with a master's degree (master of mathematical finance) at Ateneo de Manila last June 3. By 2022, he could be ready -- in age, education and "cultural right of succession" -- to run for his dad's place in Congress.

Another competitor could be former Cebu City councilor Joy Pesquera who ran and lost in the south district race against Bebot. She was said in the May 2019 elections to have been just prepping herself for the 2022 race when it wouldn't be Bebot anymore who'd run because of term limit.

But the south district could also be the fallback of former mayor Tomas Osmeña if he wouldn't run for mayor again. Although the rumor about Tomas's plan to announce his comeback as mayor with "I shall return -- TRO" matchboxes is still to be contradicted or denied, there's talk he might settle for a House seat instead.

[2] DUTERTE FORM OF PUNISHMENT. President Rodrigo Duterte Friday (October 4) reportedly wanted to stop corruption in government, telling corrupt officials and employees to stop their wrongdoing now. He said, "Stop that. I will really skin you alive."

The word "really" is supposed to mean he is serious and not just talking figuratively. But then killing -- much more "skinning alive" -- is not in the statute books. It is cruel and unusual punishment not sanctioned by the Constitution or the penal laws.

So the president must just be kidding again, at least about the form of punishment. The problem is that the incidents of corruption could keep rising. What would be the next scarier or bigger threat of punishment: torched alive, hanged upside down, torn from limb to limb, nailed on a cross?

[3] MANILA TIMES REPORT ON BONGBONG-LENI PROTEST last September 11, 2019 "angered" Supreme Court Justices Antonio Carpio and Marvic Leonen. The news story disclosed that the SC justices were divided on a draft recommendation of Justice Alfredo Caguioa to dismiss outright the Marcos electoral protest against Vice President Robredo. Carpio had an earlier "run-in" with the Times when in 2016 the paper "prematurely" published a story about a rejected offer to offer to bribe justices in the Grace Poe disqualification case. Carpio is the ponente of the case citing a Times editor for contempt.

Not surprising to City Hall watchers but the speed in switching lanes, less than four months into the term of the new mayor, is "record-setting."

Maybe they just have fast workers as "go-between."

I look at you, Duterte said, my one eye moves down on its own and becomes small. He said it is "myasthenia gravis," which, he said, he got from his grandfather. Add that strange-sounding disease to the list of all his other admitted ailments.

He looked at a woman he had a duet with, but with only one, he said, the other eye went spinning, going everywhere.