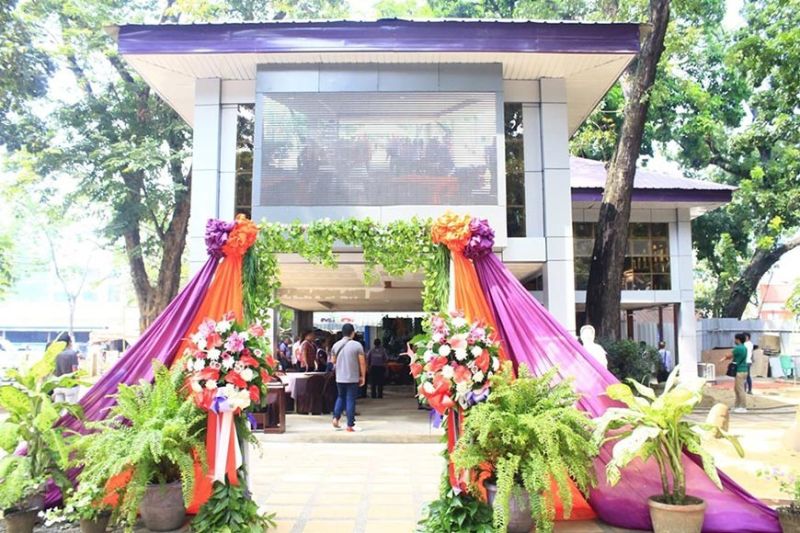 CAGAYAN DE ORO. The Provincial Government of Misamis Oriental inaugurated and blessed the new tourism building in front of the Capitol as the Tourism Week kicks off last September 16. (SunStar File)

The Office of the Building Official (OBO) said it has issued a notice of violation to the contractor of the building for failing to secure a building permit, which is a requirement before the actual construction of the building.

Last month, Governor Bambi Emano led the opening of the P10 million twp-story tourism office, which also houses the Pasalubong Center and Negosyo Center. It is located within the McArthur Park premises.

The new tourism office violates the National Building Code, particularly Section 301, which states that no person, firm corporation, including any agency or instrumentality of the government shall erect, construct, alter, repair, move, convert, or demolish any building or structure or cause the same to be done without first obtaining a building permit thereof from the building official assigned in the place where the subject building is located or the building work is to be done.

The first notice of violation was issued in February this year, but the OBO said the contractor nor the Capitol did not comply with the requirement.

Sabuga-a disclosed this amid the bickering between the City Hall and Capitol officials particularly on the road clearing operations.

The City Hall earlier disclosed plans to clear the Capitol vicinity from obstructions, a move opposed by Emano.

"Gipadalhan ug notice of violation from OBO ang Capitol for building the pasalubong center kay wala maglukat sa building permit. Hangtod karon wala nagbali-bali ang Capitol (OBO sent a notice of violation to Capitol for building the pasalubong center without a building permit. Until now, the Capitol has not done anything). The Capitol is within the city, there are city regulations nga dapat iyang tumanon," Sabuga-a said.

Obligado said every establishment built in the city, regardless of ownership, will have to comply with the building requirement.

He said buildings in the Capitol need to secure a building permit from the City Government because they are within the city, and also, because the Capitol has no OBO office.

Obligado, meanwhile, urged other businesses planning to build more buildings to secure a building permit first, a requirement that can be obtained only within three to five days.

Asked for reaction, Provincial Tourism Officer lawyer Jeffrey Saclot said he "leaves this matter to the Provincial Engineering Office, which implemented the project."

"I leave that to the Provincial Engineering Office because they are the ones implementing the project, although it is a tourism office, but all the projects of the province are implemented by the engineering office," he said.