Amid threats, WTCI wants to talk 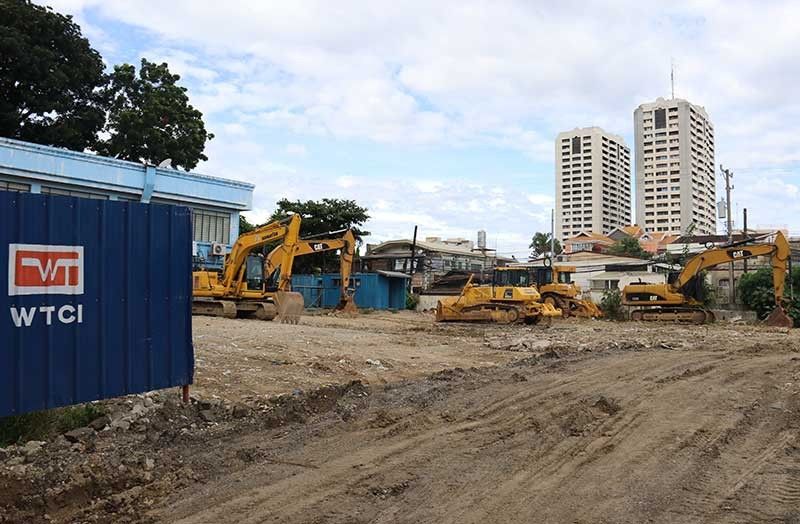 OPEN SPACE. It will be easier for those transacting with offices at the Capitol compound to find a parking space soon. The Provincial Government will use the proposed site of the Provincial Resource Center as a pay-parking area when backfilling work is completed. (SunStar Photo/Amper Campaña)

AFTER ignoring the Provincial Government for almost three months, a private contractor has reportedly taken steps to talk to Gov. Gwendolyn Garcia.

The governor, though, stood pat on her statement that the Capitol will not only push for the blacklisting of WT Construction Inc. (WTCI), it will also seek the revocation of the contractor’s license to operate.

WTCI has yet to respond to the Capitol since the governor issued a 48-hour ultimatum last July 16, asking the firm to fill the property it had excavated.

As of Oct. 7, the excavated project site in the Capitol compound where a 20-story building was supposed to stand was almost completely backfilled and compacted.

Backfilling activities in the area started last August after the Visayas Truckers Equipment and Quarry Operators Services Cooperative had offered to dump its excavated materials at the project site for free.

Once it is compacted to level ground again, Garcia said the Provincial Government will use the site as a pay-parking space.

During his stint as governor, Vice Gov. Hilario Davide III planned to construct a four-story parking building that could accommodate around 100 vehicles.

Last May, however, the Davide administration decided to forgo the negotiated procurement for the multi-level parking structure to ensure a smoother transition of duties and responsibilities between the outgoing and incoming officials.

When asked what will happen to WTCI’s heavy equipment that is still at the project site, Garcia said: “They were already informed that they have to move their equipment somewhere else to finish the backfilling and compaction... But they cannot take it out.” (RTF)