UC topnotchers to get cash gifts 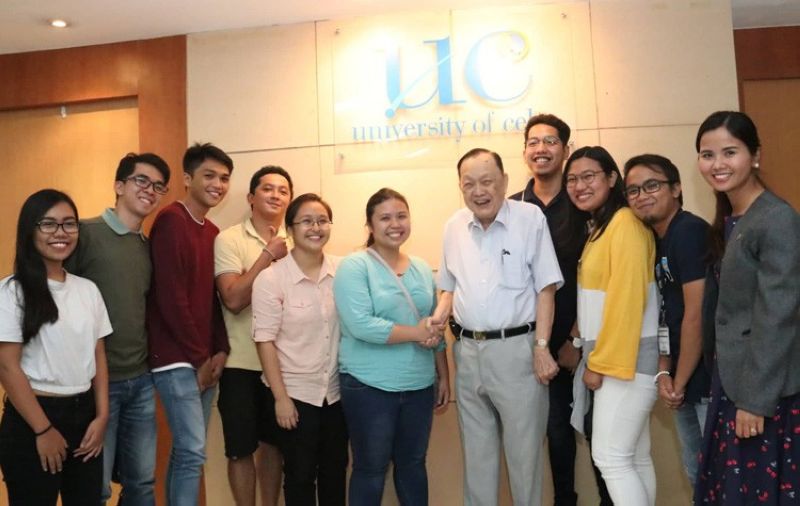 THE nine graduates from the University of Cebu (UC) who recently topped the October 2019 Naval Architecture Licensure Examinations are expected to receive cash gifts from their school.

Based on the results of the exam, Shayne Rañola Ondray of UC placed second with a rating of 88.80 percent, followed by Dweena Maye Velez Zamora (third place) who got 88.20 percent and Manuel Ursal Dadol Jr. (fourth) with 87.80 percent.

In a press conference held at the UC Main Campus on Tuesday, October 8, 2019, UC President and lawyer Augusto Go said this was not the first time his university's naval architecture department struck gold.

In 2017, 12 graduates from UC swept the top 10 spots of the Naval Architecture Licensure Examination.

For Ondray, despite focusing much of her time in her studies, she made sure to give her body and mind a rest as part of her preparation for the exam.

"For example today I have the time to study and the other day I give myself sometime to rest." Rañola said Ondray said she decided to take up Naval Architecture as she felt the career to be a demand in her hometown in Balamban, which hosts the biggest shipyard in the country.

On her part, Aguirre said she was proud that she was able to top the exams considering that her degree is perceived to commonly taken by men.

Aguirre and Ondray are two of the only four women that topped the exams this year.

While for Del Rosario, who ranked fifth in the exams, passing the exams was the culmination of a long journey towards finishing his formal education.

Del Rosario admitted that after graduating from high school, it took some time before he was able to proceed to college due to his financial status.

To make ends meet, Del Rosario had to work as an auto mechanic, a construction worker and as a househelper.

Del Rosario particularly thanked his elder sister, who's also an engineer, who encouraged him to finish his studies.

But aside from studying, some of the topnotchers also did other things just to help prepare their minds for the exams.

For Espina, Arnejo and Dadol, one way to unwind from the stressful review sessions was to play Defense of the Ancients or DOTA, a popular video game considered now as an e-sport.

"In a very little way it is a good way to divert from being stressful into something that would make you feel happy and enjoy life," Dodol added.

For Engr. Jacklyn Antolihao, the chairperson of UC's Naval Architecture and Marine Engineering program, one secret to their success in producing topnotchers is by building up their attitude and motivation while they are still at school. (SunStar Cebu)