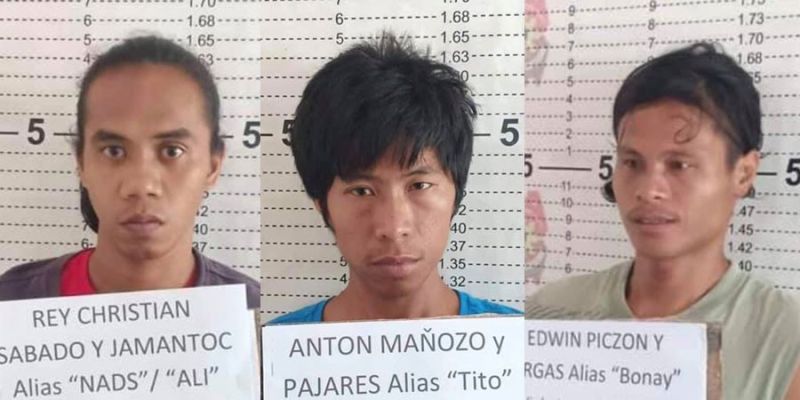 CAUSE-ORIENTED groups are demanding for the immediate release of three suspected members of the New People's Army (NPA) who were captured by government troops in Las Navas, Northern Samar last week.

"The Northern Samar Small Farmers Association (NSSFA) is outraged by the false and malicious accusations hurled at one of our organizers, Christian 'Chanchan' Sabado, and his two farmer-companions, Anton Manoso and Edwin Piczon. The Las Navas 3, as we reiterate, are ordinary citizens, with no sufficient basis for their arbitrary arrest and torture," said Baby Senobio, NSSFA spokesperson.

"We call for their release as we denounce the continuing and worsening human rights violations and state fascism conducted by the Duterte regime, especially in areas of the countryside with intensified feudal exploitation and militarization," added the Student Christian Movement of the Philippines in a statement.

Joshua Sagdullas, spokesperson of Bayan Eastern Visayas, also challenged the report of the 20th Infantry Battalion (IB) on the circumstances leading to the arrest of the three suspected rebels.

He said the Army arrested the "Las Navas 3" on October 2 and only turned them over on October 4.

"Several eyewitness accounts testified that they saw Chanchan and his two other companions, at different points in time and locations, being maltreated by the military or reeling from the abuses they endured," said Sagdullas, adding that what Sabado brought were his "pen, sheets of papers and a change of clothes."

According to Sagdullas, Sabado, a former student of the Polytechnic University of the Philippines (PUP) in Manila, came to Las Navas "as part of his research work relating to the continued pest infestation in Northern Samar."

"He was also investigating the intensity of the impact of low coconut prices of farmers in Northern Samar," he said.

The military, however, was quick to dismiss the statements made by Sagdullas and his allied groups, saying "their only goal is to discredit the peace and security efforts of your Army."

It added that Sagdullas's statements are "outright and patently malicious lies."

"The public should readily dismiss these social media postings of the terrorist-front organizations, as it is treacherously aimed at deceiving the populace and discrediting the government's peace and development efforts," said the 20th IB.

The Army maintained that the soldiers were conducting security patrol "to verify the reported extortion activities by the terrorist NPA" in Barangays Quirino, San Miguel and San Francisco in Las Navas.

"In the process of executing such security patrol, Chanchan and two others were caught carrying firearms, explosive and subversive documents which led to their apprehension and seizure of said war materials," said the military, adding that the documents contain an alleged list of business establishments as their source or target of extortion activities.

"Chanchan is a college student of PUP Sta. Mesa, Manila but failed to get his degree as he was recruited by the Sandigan ng Mag-aaral para sa Sambayanan (Samasa) in PUP, which makes him a full-time NPA. Per his own admission, he participated the attack of Geparayan Detachment, Silvino Lobos, Northern Samar last March 2017. Chanchan was sent by the Communist Party of the Philippines from Manila to help the propagation of White Area operations in Northern Samar," the 20th IB said in a statement.

According to the military, Sabado's two companions are both NPA members who were tasked to escort him on their way to Barangay San Francisco.

Meanwhile, the Army assured the families and the public that the arrested suspects "are treated humanely in accordance with the rule law."

They also urged the parents to monitor their children so they will not be deceived in joining alleged NPA front organizations.

The government continues its "all-out war" against the communist NPA following the order of President Rodrigo Duterte. (SunStar Philippines)