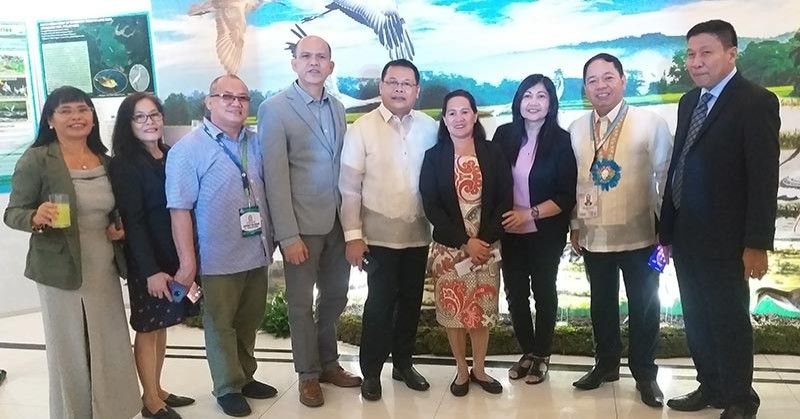 THE Mines and Geosciences Bureau (MGB) of the Department of Environment and Natural Resources (DENR) in Western Visayas has already recommended the cancellation of the mineral production sharing agreement (MPSA) of Maricalum Mining Corp. in Sipalay City.

DENR-Western Visayas executive director Francisco Milla Jr., on the sidelines of the 2nd Research and Development Congress on East Asian-Australasian Flyway for Wetlands and Migratory Waterbirds at L’Fisher Hotel in Bacolod City Tuesday, October 8, said they submitted the recommendation to Environment Secretary Roy Cimatu on September 19.

Milla said once canceled, it will cover about 2,700 hectares of forest, alienable and disposable lands.

Portions of which are titled property of the mining company, he said.

“The company actually stopped its operation way back 2001. The cancellation will enable the government to use the land for other purposes,” Milla said, adding that DENR secretary wants to study on what to do with the land.

Raul Laput, officer-in-charge of MGB in Western Visayas, said the company has repeated violations like non-payment for occupation fees for several years.

Laput said Maricalum also failed to submit reportorial requirements, care and maintenance program as it is under suspension, and implement measures required from them.

“Once canceled, the land will be back on its original status. Meaning, private lands will be returned back to the owners while forest lands will go to the government,” he said, adding that the government will also imposed fines as part of penalties.

These are more on environmental laws, clean water and air, solid waste management, watershed rehabilitation, and forest reforestation, among others.

“Per his (Cimatu) instruction to us, we should also clean up Panay Island as well as Negros and Guimaras,” he said, adding that this will be a continuing measure as it cannot be done in just a year.