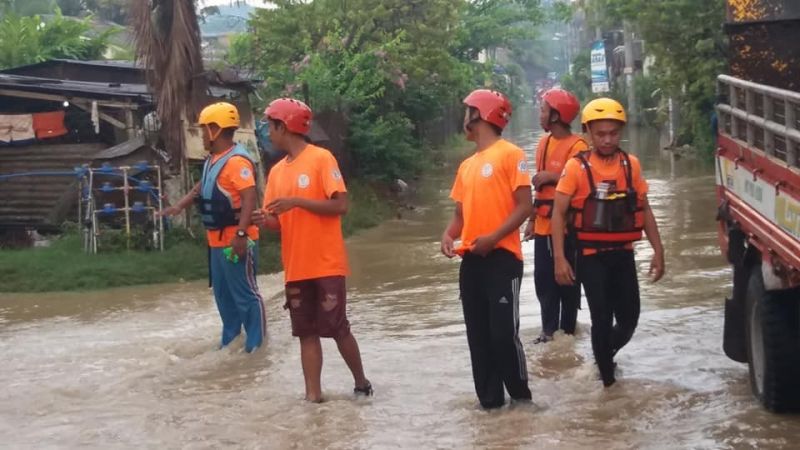 A TOTAL of 290 families were affected after a barangay in Davao City experienced an increase of water level at dawn of Tuesday, October 8.

According to Barangay Disaster Risk Reduction and Management Office, as of 5:11 a.m., Don Ramon experienced an increase of water level reaching above the knee level.

Bustillo said the water subsided around 7 a.m. to 8 a.m., when families were no longer advised to evacuate.

He said the rising of the waters, brought by the heavy rain the night before, was due to the areas clogged drainage filled with garbage.

"Nahitabo na ni siya for quite some time, pero ang drainage usahay ang cause pati pag-backflow sa mga creek (This happened for quite some time. But the drainage, sometimes, caused even the back flow of the creek)," he said in a phone interview.

The official said regular cleanups have been conducted in the barangay. He said the pumping station project of the Department of Public Works and Highways will be constructed in 2020 to address the flooding problem.

Meanwhile, Bustillo said they are expecting floods since October is within the rainy season. (With report from Ralph Lawrence G. Llemit)