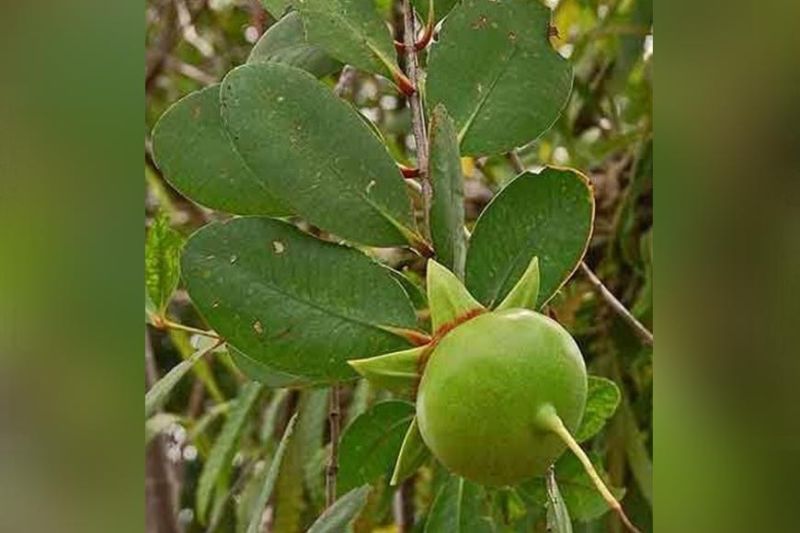 MASANTOL -- A festival that highlights the benefits of the palapat (mangrove apple) to the coastal community will be staged by the Holy Rosary Parish Pastoral Council and the local government on Friday, October 11.

The first ever Palapat Festival, organized through the leadership of newly-installed parish priest Fr. Elmer Salonga and Mayor Danilo Guintu, will be featuring products made from the mangrove tree that grows naturally in coastal areas.

Councilor Marcelo Lacap Jr. said the riverbanks of Pampanga River are rich in palapat trees, which serve as protection of communities from storm surges.

But aside from its safety benefits, Lacap said residents also make use of the plant in creating various dishes and delicacies for personal consumption and even for livelihood.

"Initially, residents here use the palapat fruit as souring agent for dishes, like sinigang or paksiw. But eventually, we were able to make use of it to make vinegar, juices, jams, and many more," he said.

Aside from the fruit, Lacap said the palapat's roots are also used to make corks while its top part is used as Christmas trees during the holiday season.

"Palapat grows naturally in swampy areas with saline water. And instead of letting it just grow by, the people wanted to maximize its benefits. And through the festival, we wanted to promote it as another source of livelihood," he said.

During the day-long Palapat Festival, residents will be holding a cook-fest of dishes using its fruit as well as a street dancing along the dike.

Since it will coincide with the fiesta celebration of Holy Rosary Parish, which includes coastal barangays Bulacus, Sagrada, Nigui, Sapang Kawayan, Bagang, Puti, San Pedro, Sta. Cruz and Malauli, a fluvial parade will also be held along the Pampanga River.