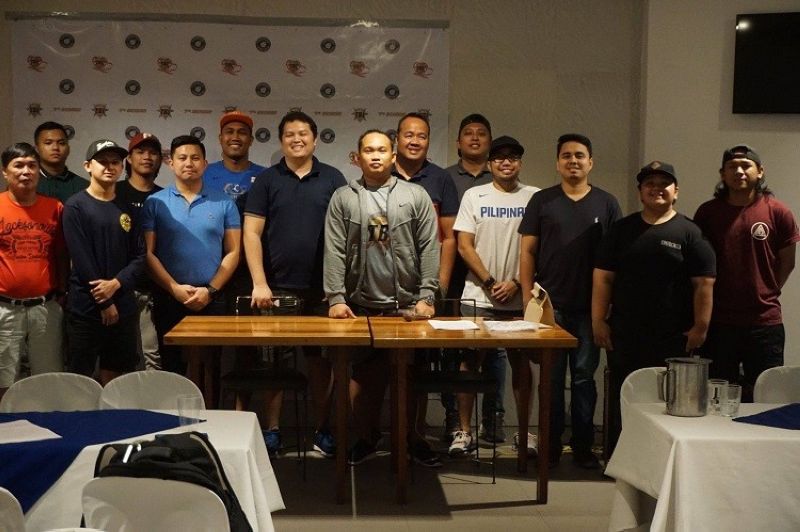 ALL SET. Organizers and team representatives get together during the recent press conference of the Tropang Ballers League. (Contributed photo)

THE seventh season of the Tropang Ballers League is set to open on Saturday, October 13, 2019, with none other than Cebuano hoops legend and Cebu City councilor, Dondon Hontiveros set to grace the festivities.

Hontiveros is expected to make an appearance during the opening ceremonies at 5 p.m. at the Cebu City Sports Institute, where he would be giving an inspirational talk to the players.

Organized by Harrison Go and Raul La Rosa with Toughgear Sportswear founder Bertoni Salazar as consultant, the tournament has attracted a total of 14 teams, which will be divided into two brackets. Teams will be playing a single round-robin in each bracket with the top four teams in each advancing to the knockout quarterfinals.

Most Valuable Player and Mythical Five awards would also be handed out.

Games would be played every Saturday and Sunday. (SunStar Cebu)