USC, USPF to face off on October 10 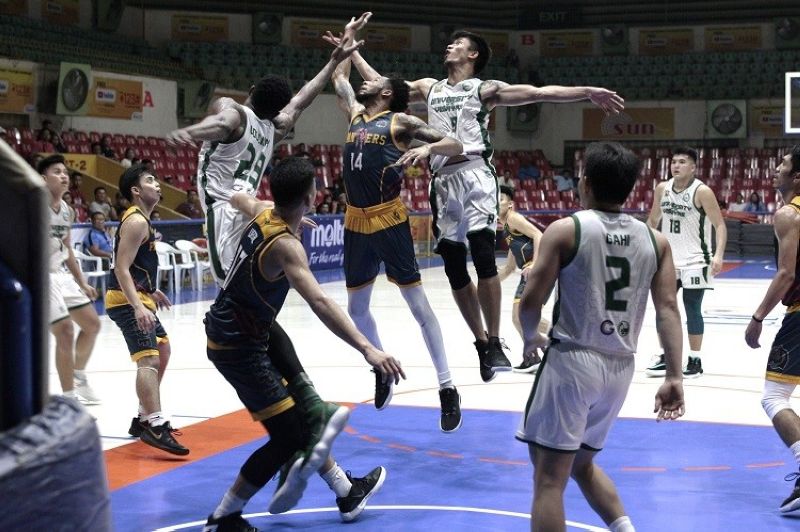 The USPF Panthers will try to break a two-game slump when they battle the USC Warriors on Thursday. (Photo courtesy of Cesafi Media Bureau)

THE University of San Carlos (USC) Warriors and the University of Southern Philippines Foundation (USPF) Panthers seek to get their respective Final Four campaigns back on track when they face off in the 2019 Cebu Schools Athletic Foundation Inc. (Cesafi) men’s basketball tournament at the Cebu Coliseum on Thursday, October 10, 2019.

USC fell to the Southwestern University-Phinma Cobras, 66-61, last Sunday while USPF has suffered back-to-back losses including an 90-80 defeat at the hands of the defending champions, University of the Visayas, last Tuesday.

The Warriors fell to 4-3 (win-loss), good for third place in the standings while the Panthers fell out of the Final Four picture at 3-5.

USC forward Roosvelt Jelianggao admitted to SunStar Cebu that he and the rest of his teammates do not really have their full attention on the game since it’s their exam week. Nevertheless, he vowed that the Warriors would give it their all.

“Right now, we really can’t focus on our game tomorrow because it’s our exam week. But we just need to ready ourselves for tomorrow’s game and play what our play is and listen to what coach Bong (Abad) says. We will just depend on what coach Bong’s game plan is,” said the talented sophomore.

Meanwhile, the high school division will see two struggling squads try to get a win as the winless University of Cebu Lapu-Lapu and Mandaue (UCLM) campus takes on the Cebu Institute of Technology-University (CIT-U) Baby Wildcats.

UCLM have not won any of its first four games in their inaugural season in the Cesafi while CIT-U have fallen on hard times, losing five straight games after opening the season with a victory. (SunStar Cebu)