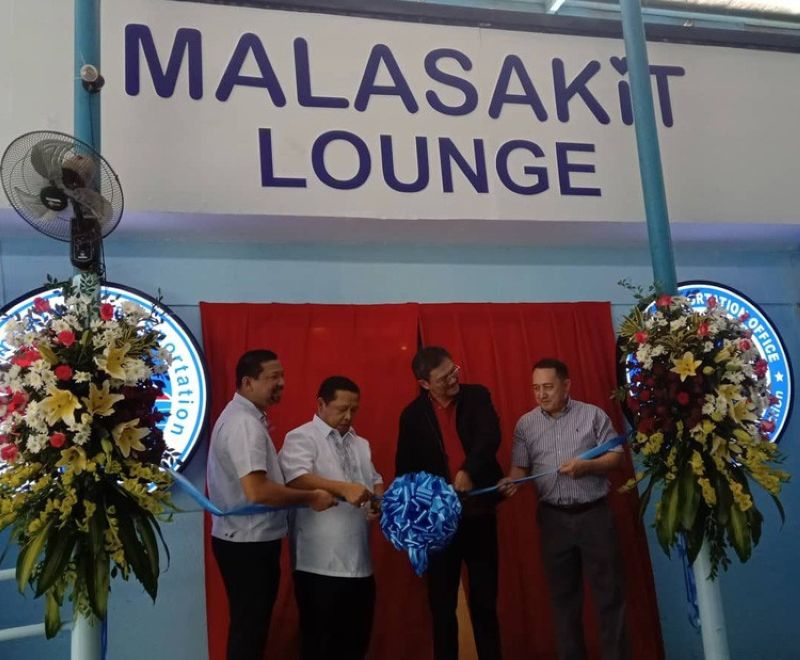 DETERMINED to change the public perception of being the "worst Land Transportation Office (LTO)" in the country, LTO Central Visayas launched its Malasakit Lounge inside its office on N. Bacalso Avenue, Cebu City Wednesday, October 9, 2019.

Victor Emmanuel Caindec, LTO Central Visayas director, said the Malasakit Lounge is set to serve, for free, senior citizens, lactating mothers, persons with disabilities (PWDs), pregnant women and overseas workers who have tight schedules and have plans to transact in their office.

"This stems from the public comment that we are the worst LTO in the country. We were challenged by that notion," Caindec said.

The Malasakit Lounge is situated in a two-story renovated building at the LTO Central Visayas compound.

Among the amenities inside the Malasakit Lounge are a playroom for children, a bed for lactating mothers, free water and coffee, and a charging station.

As a long-term goal, Caindec said they plan to set up a licensing office exclusive for senior citizens, breastfeeding mothers, PWDs and pregnant women, among others, inside the Malasakit Lounge.

"Most of the equipment here, such as aircon and lights, are donated by our private benefactor. Pagpintal ra ani ang atong gasto (The paint job was the only thing the office spent). This will be operated by our LTO cooperative," Caindec added. (SunStar Cebu)