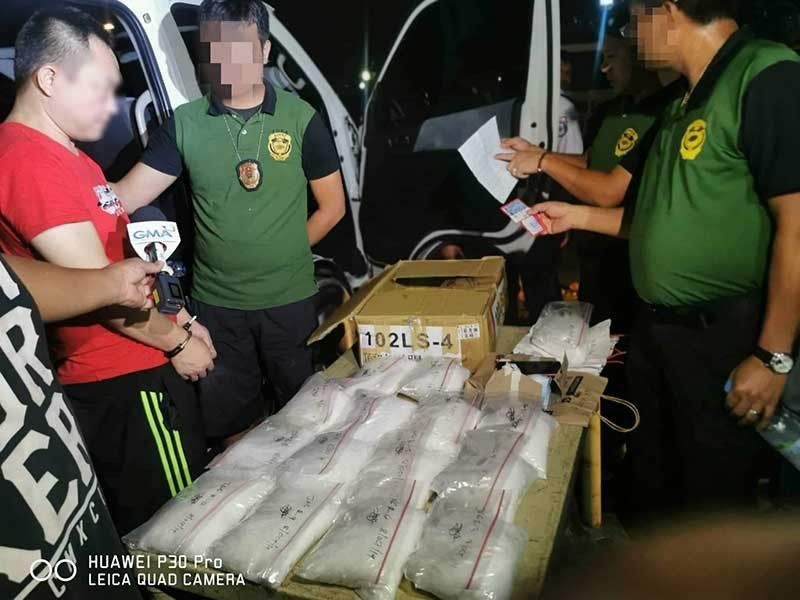 MANILA.. A Chinese national is collared in Quezon City after he was found in possession of around 15 kilos of shabu worth P102 million on October 8, 2019. (PDEA Photo) 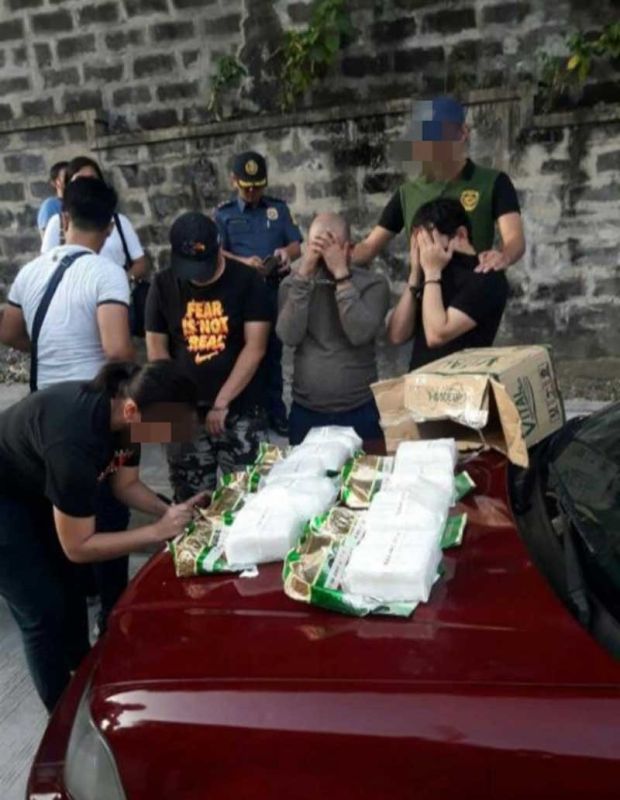 MANILA. A Chinese national and his alleged Filipino cohorts are arrested for possessing 10 kilos of illegal drugs on October 8, 2019. (PDEA photo)

Hongbo He, was arrested jointly by operatives of the Philippine Drug Enforcement Agency (PDEA) National Capital Region and the Quezon City Police District at around 7:45 p.m. on October 8, at the parking area of QC Memorial Circle Complex.

PDEA-National Capital Region Director Joel Plaza said the suspect was arrested after transacting with a PDEA agent who posed as a buyer.

Plaza said the suspect, who resides in Mariveles, Bataan, has been under surveillance for almost three weeks.

Plaza said they received information that the Chinese national is involved in the illegal sale and distribution of dangerous drugs in the NCR.

About three hours earlier, a Chinese national identified as Liu Fu Gui and his alleged Filipino cohorts identified as Keith Anthony Romo and Nonito Garlindo were arrested in a separate drug bust conducted by the PDEA and police in Barangay Sienna, Quezon City.

Confiscated during the operation at around 4:30 p.m. Tuesday were 10 pieces of transparent plastic packs containing a total of one kilogram of suspected shabu with a standard drug price of P68 million.

The arrested suspects will be facing criminal charges for violation of Section 5 (sale of dangerous drugs) and Section 11 (illegal possession of dangerous drugs) of Article II of the R.A. 9165, otherwise known as the Comprehensive Dangerous Drugs Act of 2002. (SunStar Philippines)